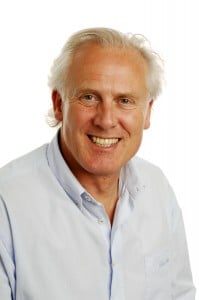 Coyne: effect on small law firms will be catastrophic

The new ‘Save the Legal Industry’ campaign has reported the loss of 2,500 jobs among personal injury (PI) law firms as they prepare for next month’s civil justice reforms.

The returns from law firms received so far – being added to a ‘Job loss counter’ – are aimed at making the government see the “direct effect” of its policies, said Martin Coyne, who is heading the campaign.

Mr Coyne, managing partner of Manchester law firm Ralli, said: “If we were a car manufacturer, the government would step in to protect jobs, but not it seems in the legal industry.”

The campaign, which launched on Tuesday and wants to persuade the government not to change the small claims limit, predicts that tens of thousands of support staff, secretaries and admin staff will lose their jobs as the reforms bite.

The job loss counter will gather information from managing partners at law firms and companies that support the legal industry. The total as of Wednesday was 2,483 job losses.

Mr Coyne said: “From personal experience in my firm alone we have had to make redundancies and every day colleagues in other businesses across the legal industry tell me of the redundancies they are having to make – thousands of people across the UK forced into unemployment…

“The effect on small law firms and those who work within them will be catastrophic, so each day when people look at the job losses I hope the government and MPs will remember that these will be their constituents who will blame them at the next election for ignoring them.”

An online petition backing the campaign has attracted 3,000 signatures since Tuesday and a separate government e-petition went live yesterday.

Mr Coyne argued that the profession’s representative bodies had tried a “softly softly” approach to influencing government but it had not worked, leaving the PI world facing “destruction… by legislation formulated on the belief that what we do as an industry in detrimental to the consumer and inflates insurance premiums – both are lies but it is these lies that we now have to deal with. Enough is enough and we have to fight back”.

Mr Coyne has also written to Law Society chief executive Des Hudson calling for his resignation. The Law Society had no comment.