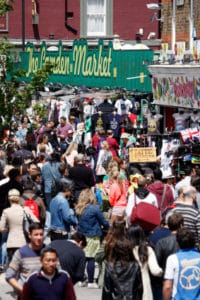 The findings from the Legal Services Consumer Panel’s latest tracker survey that people are generally satisfied with their lawyers does not detract from the concerns over their lack of shopping around before choosing one, the panel has said.

As reported yesterday, the panel said the legal services market was “at a standstill”, with consumers still relying “too heavily on reputation” and reluctant to shop around.

There was criticism on social media of the panel’s findings, with solicitors arguing that the high levels of satisfaction – 80% of consumers were satisfied with the service they received, and 83% with the outcome – did not indicate a problem in the market.

A panel spokeswoman told Legal Futures: “The panel thinks it is crucially important that consumers are shopping around.

“Consumers have an important role to play in ensuring that this market is competitive, without their participation or engagement (through shopping around and comparing) competition wouldn’t flourish, as confirmed by the [report last year of the] Competition and Markets Authority.”

“There is still a considerable problem with those locked out for reasons other than affordability. There is still a lot of work to be done on price and quality information as we know – addressing these issues could facilitate shopping around and access.

“While the panel welcomes service satisfaction levels, we are also acutely aware that service level is just one part of the story – consumers struggle to assess the quality of advice, and this is equally, if not more so important.”

The spokeswoman added that buying on recommendation was not a concern in itself “if it is bolstered by other forms of shopping around”.

She explained: “If I ask my friend to recommend a lawyer and she recommends a fantastic solicitor who did her conveyancing, but I was looking for a family lawyer, then it may not be that helpful.”