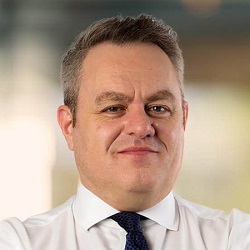 A new law firm made up of the Manchester-based criminal law team of Slater & Gordon starts work today as part of consolidator Metamorph Law.

Slater & Gordon has now exited the criminal defence market, in line with its strategy of focusing on core consumer legal services.

The team is particularly well known for its longstanding role as lawyers to the Police Federation, and RJW Legal will continue to handle its criminal law and police conduct work.

It will work from the Sale offices of Linder Myers, the foundation firm of the Metamorph group, with a solicitor and a paralegal who left Slater & Gordon’s Leeds office three years ago to join another firm moving to RJW Legal next month.

In a post on LinkedIn on Friday, partner Richard Black – who has been with the firm since 2001, when it was the original RJW – said: “I never envisaged that next Monday, the day after my 56th birthday and after 31 years in the profession, I would be starting a new job with a brand new firm.

“After 21 remarkable years, today marks my very last day with Slater & Gordon (formerly Russell Jones & Walker). The entire criminal/police misconduct/road traffic defence team at the Manchester office is moving on. Not by choice!”

He added: “Special thanks for the support we have received from Metamorph and the Police Federation.”

A Slater & Gordon spokeswoman said: “As part of optimising the services we provide to our customers, we have identified an opportunity for our crime work and the colleagues working on these cases to transfer to Metamorph Law. This will take effect on 14 March 2022.”

Metamorph now owns 12 law firms under multiple local and national brands, with centralised back-office operations key to the model. Its turnover is around £40m.

It has been quiet on the acquisition front since last July, when it bought the QualitySolicitors network.