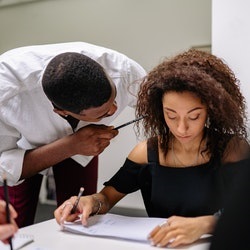 Solicitors will have a regulatory obligation to challenge colleagues who treat others unfairly or without respect as part of a plan to beef up the rules on health and wellbeing at work.

The Solicitors Regulation Authority (SRA) will also have clear powers to act where solicitors’ fitness to practise is in question due to health issues.

A consultation published on Friday is a response to growing concerns about the high levels of stress solicitors suffer, along with reports of bullying and discrimination.

The SRA’s recent review of workplace culture said it had received complaints that “some firms have an unsupportive, bullying or toxic working environment and culture”, which could “impact significantly” on wellbeing and mental health.

The consultation said the regulator has also seen an increase in cases “where a solicitor’s health issues impacted on their ability to practise safely or participate in disciplinary proceedings to address concerns about their practice”.

This created risks to their clients and to the public interest: “In some circumstances, it means a hearing before the Solicitors Disciplinary Tribunal cannot fairly take place, allowing the solicitor to continue to practise when their fitness to do so is in question.”

The proposed additions to the codes of conduct are an explicit obligation on both individuals and firms to treat colleagues fairly and with respect, and not to bully, harass or unfairly discriminate against them; and requiring firms and individuals to challenge behaviour which does not meet this standard.

The SRA said it intended this obligation to go beyond staff to include the likes of contractors, consultants, barristers and experts.

It would not extend to clients, or third parties such as lawyers acting on the other side in a case or litigants in person, as these relationships were already covered by other provisions.

But, in taking action, the regulator would recognise the “difficulties that junior staff may face both in raising concerns and in challenging their seniors”.

The consultation went on: “Although the obligation is principally intended to cover behaviour at work (whether in an office or remotely), in our view it would also cover behaviour outside the workplace or direct delivery of legal services as well.

“This is where behaviour is in the context of a relationship between colleagues rather than a purely personal relationship.”

It stressed that the SRA was not looking direct the working practices that firms should adopt. Therefore, without more, it would not get involved in disagreements about targets or allocation of work, or routine employment law matters.

“However, we will take action if we believe that there has been a serious regulatory failure. For example, where there is evidence that the work environment does not support the delivery of appropriate outcomes and services to clients, creates a culture in which unethical behaviour can flourish or is one where staff are persistently unable to raise concerns or have issues addressed.”

Though the proposal may lead to more reports of concerns about unfair treatment at work, the SRA said it did not expect a material change in the number of investigations it began “since these proposals are intended to clarify our role rather than widen the scope of our work”.

Health issues usually come the SRA’s attention as part of its disciplinary work, meaning in some cases that action is not taken.

The SRA said its current rules did not explicitly state that health issues affecting a solicitor’s ability to practise or to meet their regulatory obligations were grounds to restrict admission to the profession.

“However, we consider that the wide scope of our rules allows us to consider any issue, on admission or subsequently, that impacts a solicitor’s ability to practise or to meet the obligations of a regulated professional. And that we should be informed of any such issues as they may arise.”

But to make this explicit, it wants to amend the character and suitability rules to ensure that fitness to practise covers all aspects of practising as a solicitor, including the ability to meet regulatory obligations.

“This would put beyond doubt our ability to consider health issues which raise a regulatory risk, at the point of admission as a solicitor,” the consultation said.

A similar change to the authorisation of individuals regulations would state the SRA could refuse to issue a practising certificate, or impose conditions on it, to address concerns about fitness to practise on health grounds.

There have been calls for it to use a dormant power in the Legal Services Act 2007 to create a fitness to practise regime, but the SRA said these changes should suffice.

Conditions would be reviewed annually or on request, and the SRA said that lifting them in cases where disciplinary proceedings have been paused could lead to the being resumed.

The consultation closes on 27 May.