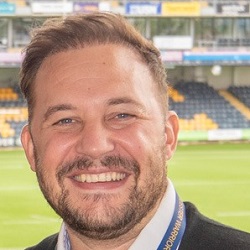 Goldring: I acted with honesty and integrity

The rugby and football club owner sanctioned by the Solicitors Disciplinary Tribunal (SDT) last week says he will be able to continue in those roles as he remains a ‘fit and proper person’.

Colin Goldring, 38, is co-owner of Worcester Warriors, who play in rugby’s Premiership, and a director of League One football team Morecambe.

The SDT approved an agreed outcome between Mr Goldring and the Solicitors Regulation Authority (SRA) that made him subject to an order under section 43 of the Solicitors Act 1974, meaning he cannot work for a law firm without the regulator’s permission.

Mr Goldring initially came on board at Tangent Law in 2015 as a trainee solicitor but ended up working as an unadmitted consultant.

His LinkedIn profile shows that he had been a personal injury fee-earner from 2008, joining Tangent from City firm Broadgate Legal, where he was head of industrial disease.

The SDT found that, between 2016 and 2018, Mr Goldring ran the Lancashire-based law firm’s London office but was unsupervised as he allowed its client account to be used by a foreign royal as a banking facility in a bid to buy three supercars.

However, €8.3m of the €9.4m paid into the client account was sent to third parties without the client’s permission and the firm is now being sued for the money as the cars were never procured.

Raja Shazad Khan, the firm’s owner, was suspended for a year in part for failing to supervise Mr Goldring.

In an unrelated matter, he admitted signing a settlement agreement in an employment dispute that “falsely and misleadingly” purported to confirm he was “a relevant independent legal advisor”, when, as an unadmitted person, he was not.

A statement published on the Worcester and Morecambe’s websites said that both the Rugby Football Union and Football League were “made aware of the situation prior” to the disciplinary outcome being agreed.

“All regulatory bodies expressed to Goldring that they were satisfied he was fit and proper to own and be director of a sports club.”

Mr Goldring added in the statement: “The legal profession is rightly held to a high standard, and it is regrettable that failings were found at the firm I was working for as a trainee which impacted some work I did for a client.

“The outcome delivered by the SRA acknowledges the lack of appropriate supervision provided to me as a trainee solicitor. It cleared me of any allegations of dishonesty or lack of integrity and did not impose a fine or ban.

“The agreed outcome that I would not work for a law firm again without the SRA’s prior consent is fair and does not impact my current position.

“The outcome was agreed on the basis I had acted with honesty and integrity. I hold these values in the highest regard and am glad my name was cleared on both.”

There is no direct equivalent of being struck off for non-solicitors – section 43 orders are the closest the SRA can get.

Mr Goldring added on the Worcester statement: “I thank Worcester Warriors and the partners and sponsors I have spoken with today for their continued confidence in me.”