As chair of the new Legal Services Consumer Panel, Dr Dianne Hayter challenges the profession’s orthodoxy with strong views on how the legal landscape should develop, finds Neil Rose 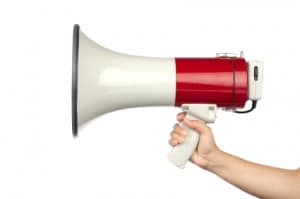 Loud and clear: quality of advice is not enough, says Hayter. The service must be good too

The idea that the consumer is at the heart of the Legal Services Act 2007 caused a surprising amount of debate during its passage through Parliament. Simply the notion that we should refer to consumers rather than clients was bad enough. But would the consumer interest be confused with the wider public interest? Why was the Legal Services Board (LSB) to have consumer panel to advise it but not a professional panel? Do consumers understand the greater responsibilities lawyers have to the court and justice?

It is now for the Legal Services Consumer Panel, chaired by Dr Dianne Hayter, to tackle these issues head on (there is no professional panel because putting the lawyer’s view is what ILEX, the Law Society and the rest do). And lawyers should be prepared for something of a rude awakening. Dr Hayter does not talk the language of lawyers. She clearly understands the difference between the public and consumer interest, but does not necessarily accept the ‘truths’ that lawyers hold dear. Basically, she looks at their world in a very different way.

Take the issue of regulating will-writers. The Law Society has compiled a dossier of examples of consumers who have suffered through wills drafted by unregulated will-writers. The Scottish government is now looking at regulating them. So surely the consumer protection case for doing so in England and Wales is very strong?

“What is the biggest detriment?” Dr Hayter asks instead. “Is it that most people haven’t got a will or that people have got badly written wills?” Presumably that they have got badly written wills, we reply. “Do we know that?” she says. And, she continues, are lawyer-drafted wills actually better? “We ought to look at the ones that have been done by lawyers as well as non-lawyers. Given there are millions that are written by lawyers and actually very few by will writers, let’s have a look at the quality and at whether there’s a better way of doing this. Is it better [for example], if we can download a form with some advice? I would like to know.”

She says there may be other forms of detriment that are just as significant: that wills are not held in some kind of depository, for example, or that they are not updated after a significant event in that person’s life, such as marriage. Dr Hayter wonders also whether it is actually better for the consumer, in terms of price, to go to a will-writing specialist rather than a lawyer with five years of much broader training. “That [activity] could still be reserved,” she concludes, “but not necessarily to a solicitor.”

In any case, this is putting the cart before the horse. She says the LSB first has to decide when regulation is necessary and the criteria against which the case for regulating different activities should be tested. This is a major upcoming project.

Another example of Dr Hayter’s fresh thinking comes in relation to diversity – it is not just about a more diverse profession but also dealing with a diverse client base. “Although I want a more diverse workforce, I want even those white, middle-class, middle-aged men to be much better at dealing with people who could be in wheelchairs or from an ethnic minority background. We need to make sure that the diversity training is for all lawyers and not just rely on having a more diverse workforce, important though that is.”

It has taken lawyers a long time to understand that they are service providers, and they bridle at the suggestion that the service they offer is like any other. Dr Hayter reckons they are like some service providers, such as doctors. “We’re further ahead with doctors. It used to be simply their expertise that we wanted and I still want the expertise of a doctor, but I also want the doctor to be there at weekends and evenings, and organise their work patterns and their accessibility and the spread of where hospitals are to suit me as a consumer.

“I think it’s the same with lawyers. Yes, I don’t half want them to be specialists and know the law well, but I do want them also to make sure they provide that service to all users, not just the rich, and to provide it in a way that’s very accessible and easily understood and doesn’t put the user at a disadvantage, either because of the language they use or the way they organise themselves.”

Dr Hayter also thinks there is a mismatch between lawyers’ appreciation of what their clients understand and what the clients actually understand. She points to research done among doctors and patients who have just been to see their GP and are asked immediately afterwards what the doctor told them. “Partly [the patients] are very tense at the time because they tend to be ill but actually there are two different meetings gone on.”

Though there has not been such research among lawyers and their clients, she clearly expects that the results would be similar. And this is “partly for the same reasons. One, there’s a class bias. Two, even if there wasn’t when they started, by the time you’ve done five years training as a lawyer, you’ve got yourself meshed in a different way of speaking. And also, you’re not trained, on the whole, by people who understand ordinary consumers.”

But this is not the biggest problem. Quite simply, “this is a service that on the whole is too expensive for a lot of people to access”. She does not pretend to know the answer, but is pinning some of her hopes on alternative business structures. In fact, she suggests that it might be a good thing if new entrants to the market cherry pick the “nine to five bits” of work – such as divorce and conveyancing – so as to make them cheaper.

The profession’s counter-argument is that this is the work that subsidises firms’ involvement in areas like legal aid, but Dr Hayter questions why a house purchaser should subsidise legal aid. The difficulty, she adds, is that the market is not sufficiently transparent to know the true costs.

She also hopes that new entrants will bring with them innovation, giving the analogy of Dr Foster. This is an independent website (with which she has been involved on the ethics committee) which provides patients with comparative information on hospitals. She says it would be “interesting” if lawyers or their regulators start publishing data that could be used for such comparisons.

But what impact would losing the fabled high street network have? LSB chairman David Edmonds told the Legal Executive Journal in January that he did not equate access to justice with the number of law firms on the high street, and without knowing this, Dr Hayter agrees.

What matters is accessibility, she says. If a supermarket opened a high street law firm that forced traditional firms to shut down, for example, that might not be terrible if the supermarket firm was open until 8pm. Or maybe it would be good to locate a lawyer in one of the NHS’s new polyclinics because they would be “in the health place where everyone goes, and it’s open and there’s wheelchair access”.

The panel’s first task has been to investigate referral fees and it should report in late May. This will not require the wisdom of Solomon, Dr Hayter says, because unlike Solomon the panel’s decision will be evidence based. They will be looking for evidence of mischief: either that consumers are having to pay more because of the referral fee, or that they are getting a poorer service.

This will be the first test of the panel, but many more are surely to come. Dr Hayter sees its main role as giving a voice to vulnerable consumers who would otherwise not have one – “they tend to get squeezed out of any service because they’re not really part of the functioning part of the market”, she explains. Further, it is hard for any consumer to know the quality of the service they are getting, and even when the content of the legal work is good, the service element is often not there.

This leads her to the personal belief, not yet considered by the panel, that lawyers, like doctors, should have regular (perhaps five-yearly) competence testing and peer review. “If a lawyer sends a letter to somebody, it could be absolutely bad legal advice and no one would ever know. There’s no checking.”

The era of the consumer is, without doubt, upon us – and not just individual lawyers, but their regulators too. Dr Hayter says the frontline regulators should ideally have their own consumer panels. “It would be very nice if they all had a consumer panel. This would be the best way of getting good regulation.”

This interview first appeared in the Legal Executive Journal

Who’s who on the Legal Services Consumer Panel

Prior to that she was the chief executive of a number of organisations, including Alcohol Concern, the European Parliamentary Labour Party and the Pelican Cancer Centre, as well as director of corporate affairs at the Wellcome Trust. She served for a year as chair of the Labour Party’s National Executive Committee, is a trustee of a number of charities and was a JP for over a decade.

Graham Corbett – a member of the employment tribunal panel and formerly a senior national officer at the Public and Commercial Services Union.

Elisabeth Davies – head of public engagement at Voluntary Service Overseas. She is also a trustee of the Immigration Advisory Service, and chair of Wandsworth Citizens Advice Bureaux.

Emma Harrison – director of external affairs at the Royal National Institute for the Deaf and formerly principal public affairs officer at Which?.

Neil Wightman – deputy head of housing needs at the London Borough of Camden.