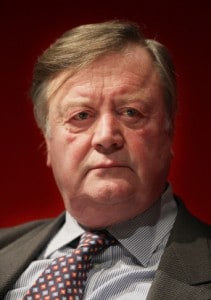 Clarke: called upon to take action over CMCs

The British Bankers Association, consumer group Which? and Martin Lewis of MoneySavingExpert.com have called on the government to take urgent action to clamp down on the activities of claims management companies (CMCs) bringing payment protection insurance (PPI) mis-selling cases.

In a joint letter to justice secretary Ken Clarke, the trio said there is “significant evidence of rule breaking within the claims management sector”. They argued that regulation and supervision of the sector has not kept up with its growth.

However, the letter has elicited a fierce response from CMC trade body the Claims Standards Council (CSC).

The move follows a roundtable discussion the consumer groups held with banks and regulators to agree a plan of action to make it easier for people to bring PPI claims.

The letter said: “Recent research from MoneySavingExpert.com and Which? found that a quarter of people did not know that CMCs take a fee, and only half knew that using a CMC would be no more successful than making the claim themselves. The result is that consumers are losing out now and will continue to do so unless action is taken.

“Misleading advice, unfair contract terms and a lack of transparency about fees are all too common and there is very little consumers can do to gain redress when they occur.

“It is likely that the bulk of the money being set aside for PPI redress will be distributed over the next year, so it is essential that urgent action is taken to encourage better supervision, self-regulation, tighter regulation and enforcement action against CMCs by the Ministry of Justice.”

CSC policy director Andrew Wigmore accused Which? and MoneySavingExpert.com of trying to protect the banks. He said that rather than pointing the finger of blame at the banks which mis-sold PPI in the first place, they were targeting the organisations “that have helped thousands of people get the compensation they deserve”.

He added: “The fact is consumers still do not trust banks and those that make excuses for them – they do not believe they are honest and this is the fundamental reason why thousands choose to use a third party to act on their behalf.

“The CSC has evidence that banks continue to deny payments to consumers and even that they have been mis-sold a product at all – it is only when legal challenges are made that they admit guilt and pay up… If [the banks] do not want CMCs to operate, then they should have contacted customers directly and quickly.”

He added that the Claims Management Regulator has been “extremely active in stopping abuses – it’s an ongoing battle but they are succeeding”.

Mr Lewis said: “What absolute tosh. It’s incredibly disappointing this body, which purports to represent claims companies, hasn’t grasped a great opportunity to support us in trying to clean up the industry that surely can only be good for reputable companies.

“I’m not against people using these firms, provided they know before they sign up how much it costs, how easy it is to do themselves and that the claims companies don’t play dodgy tricks such as charging for a cut of phantom future payments that they will never receive. Of course, there are problems with the banks but we’re trying to prevent many consumers losing out a second time by unwittingly paying thousands of pounds for what sometimes just takes a phone call.”

Which? executive director, Richard Lloyd, said the roundtable meeting was a “big step forward”, adding: “In addition to this, we are now calling on the government to take action that ensures third-party complaint handlers are properly regulated and bad practice is stamped out, so that consumers get the compensation they are entitled to. If people representing CMCs don’t understand that, it reinforces the need for urgent action by the government.”