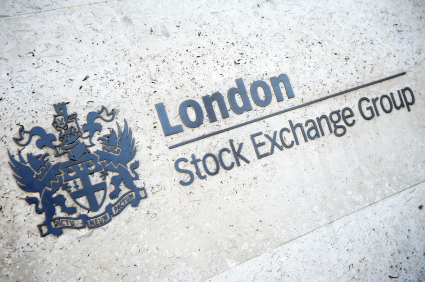 City law firm Rosenblatt today became the fourth law firm to be admitted to AIM, earmarking some of the money it has raised for acquisitions and funding litigation.

The share placement, which was significantly oversubscribed, raised approximately £43m and gave the 19-partner firm, which is best known for its litigation work, a market capitalisation of £76m.

Founder and senior partner Ian Rosenblatt is reported to have made £8m from selling some of his shares, leaving him with a 21% stake in the business; he has agreed not to sell any more shares for two years.

In 2017, Rosenblatt’s revenue was £16m, with EBITDA (earnings before interest, tax, depreciation and amortisation) of £5.5m. It has 45 fee-earners and employs a total of 67 people, who will now benefit from receiving share options in a long-term incentive plan.

Dispute resolution accounted for around 57% of turnover, followed by corporate (33%), real estate (8%) and employment (2%).

The net proceeds of the placing are expected to be around £32m, of which £18m will be used to repay loans owed by the selling shareholders and £2m to repay tax liabilities.

Between £5m and £7m will go to the in-house funding of litigation and working capital, with a similar amount set aside for acquisitions and investment in IT and artificial intelligence systems.

In a statement to the stock exchange today, the firm said listing would help the firm in its development by “further raising its profile, providing investment to fund growth, facilitating access to capital and providing a currency for strategic acquisitions, and attracting and retaining talent”.

The admission document said the company was now “well positioned, through its scale and financial resources, to engage in the consolidation of a highly fragmented market” and intended to pursue “selective acquisition opportunities”.

Rosenblatt will also increase the number of conditional fee and damages-based agreements it takes on, “which has previously been limited by the firm’s cash resources”.

The admission document explained: “The directors believe that the firm has a strong track record in selecting successful cases and consequently they wish to actively explore funding such cases with a higher contingent element, thereby funding more of a case from the group’s balance sheet and retaining the in-house funding margin that would otherwise be paid to an external funder.”

The new board of the company – headed by former Nabarro partner Brook Land – said it expected to pay out at least 60% of retained earnings in any financial year by way of dividend.

Chief executive Nicola Foulston, a non-lawyer who was a long-standing client of the firm before joining it in 2016, said: “Our admission to AIM will provide us with a significant opportunity to create a profitable and growing business to capitalise on the changes seen in the legal marketplace in the UK in recent years driven by regulatory reform and new technology.

“We want to use the funds raised to take advantage of what is a highly fragmented market to engage in consolidation as well as fund more litigation ‘in-house’.

“Our commercial approach and focus on dispute resolution mean we are well positioned to capitalise on opportunities.

“Many law firms continue to be managed by senior partners, who often have little or no commercial management experience.

“Our structure, combined with our admission to AIM, will help us to be more flexible, produce higher margins than the traditional law firms and allow equity participation for all staff enabling us to attract talent.”

Ms Foulston, the beneficiary of a trust that holds 14% of the stock, has agreed not to sell shares for three years. The admission document states her basic salary as £400,000 a year.

The admission document noted that Rosenblatt is ranked by The Lawyer magazine as the joint 133rd largest firm in the UK by revenue, but 28th on revenue per fee-earner.

“[This] is, the directors believe, a demonstration of the firm’s superior ability to generate profits compared with its peers.”

It said: “The directors believe that the majority of the marketplace is dominated by a large proportion of traditional law firms, which have a deeply entrenched partnership structure with poor or fragmented commercial management and conservative positioning on risk.

“It is also the directors’ belief that these firms are generally run by lawyers who lack the commercial management expertise to maximise the performance of these businesses.

“The directors believe that the group is well positioned to capitalise on opportunities in the fragmented UK legal market place by virtue of its differentiated structure whereby it is run by a commercial management team enabling the lawyers to concentrate solely on generating revenue and profits.”