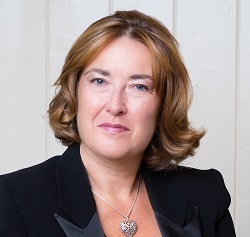 Next week’s float of Rosenblatt will see the largest raise yet by a law firm after it revealed that it should raise £43m through the admission.

The issue price will be 95p – coincidentally the same price on admission as the first listed firm, Gateley – and with 80m shares giving a market capitalisation of around £76m.

The update also showed that senior partner and founder Ian Rosenblatt’s shareholding is to go from 59% to 21% after admission, indicating that he will receive a substantial windfall, while Cascades – an independent trust company of which chief executive Nicola Foulston is a beneficiary – will go from 26% to 14%.

Milton Asset Management will the biggest new investor in the firm, taking on 16% of the company after admission, followed by Fidelity Investments – which also has a stake in Keystone – with 6.6%, as well as Blackrock (6%) and Canaccord Genuity Group (3.6%).

When national firm Gateley listed in 2015, it had a market capitalisation of £100m and raised £30m by putting 30% of the business in the hands of investors. Internal share sales since mean that 41% is now publicly traded.

Gordon Dadds raised £20m on admission last August, and 54% of the company is now in public hands. The third firm to list on AIM, Keystone Law, raised £15m, and just under 30% of its shares are traded.

Ms Foulston said last month that the funding would support the growth of the firm, “building on our position as one of the top three dispute resolution firms in the capital and allow us to take advantage of the disruption in the UK legal marketplace”.

She added: “We are focused on improving margins and profitability, compared to traditional legal partnerships run by lawyers, which concentrate on revenue and often lack commercial expertise.

“Importantly, the listing will allow us to better align remuneration for employees with the overall performance of the firm. By being able to offer a broader range of equity participation, it will help us to attract and retain talent at all levels.”