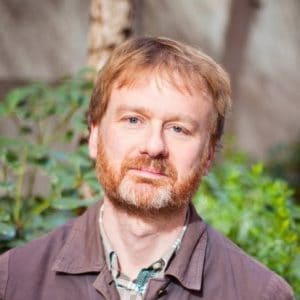 Four times as many law graduates may be able to practise as solicitors after the Solicitors Qualifying Examination (SQE) comes in autumn 2021, a move that will be “transformative” for access to the law, it has been claimed.

Speaking at an innovation conference organised by the Solicitors Regulation Authority (SRA) in Birmingham last week, he said: “The SQE and the individually regulated solicitors coming in later in the year together is just transformative.

“I think it’s astonishing what the SRA are putting in place here – in an amazing way.”

Rocket Lawyer tended to “hoover up paralegals who couldn’t get training contracts”, he said, adding: “They are amazingly talented people, but they just weren’t quite the right fit for the law firm they were going after.

“The vast majority of graduates on the [legal practice course] don’t get training contracts and find themselves left on the shelf. That’s all going to change.

He continued: “When they’re ready and when they’ve got the experience they need be able to take an exam [to become a solicitor], if they pass they will also be able to set up a company and they’ll be able to start providing legal advice.

“In a few years’ time we’re going to see probably four times as many solicitors out there… Then suddenly we are going to be able to help all those people currently not able to access justice.”

Mary Bonsor, solicitor and chief executive of F-LEX, an online paralegal agency aimed at law firms, told the event that the SQE regime would also “really increase diversity” – a view which contradicted that of some academics.

She explained: “At the moment… you have to put yourself through the LPC and be out of pocket at least £20,000, which frankly half the country wouldn’t be able to afford. Allowing more people to become a solicitor I think is only a positive thing.”

Elsewhere in the session, Mr Edwards warned tech alone was not going to solve the problems of smaller firms. Automation was indeed “low-hanging fruit”, but processes had to be made efficient first, before buying the tech.

That done, initially they had to “break that vision down into lots of very small steps and [then] you need to get started on the smallest thing you can possibly do.”

He went on: “You might get it wrong, so go back and correct it… Once you get it right, you can start building lots of small innovations…

“That’s the point at which you can say to yourself ‘I’ve got this working, now I can make it better, let’s get an IT consultant in’.”

She added: “If you can identify the key stage markers of a transaction you can say ‘this part is out of scope, [but] this part needs to stay with that level of resource’.”

She said that a firm may find that work done by a senior solicitor could actually be done by paralegal.

“That’s where you start to make the money, and realise when the technology can come in. There’s no point going out and spending £1m on a tech product when it’s a £1,000 solution that is needed.”

Consultant Richard Tromans, founder of Tromans Consulting, said firms could become very enthusiastic about the efficiencies they believed artificial intelligence (AI) software could bring but, in his experience, they had to start with identifying bottlenecks in their processes first.

“Once you’ve done that, you can do all the really exciting stuff [like] looking at AI systems,” he said.