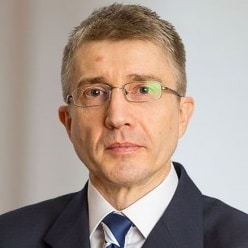 Artificial intelligence (AI) is likely to be used to lower the cost and increase the speed of judicial decisions, a QC specialising in IT and algorithms has predicted.

Mr Ciumei, who has advised on the misuse of algorithmic trading software by hedge funds, said litigation consultants already established in the USA – and at least one in the UK – offered “strategic litigation insight” based on the use of AI.

“The Ministry of Justice, as well as public and judicial bodies in general, are likely to be interested in the potential of any such technology.

“Although the prospect of robot judges may seem like a remote one, it is worth bearing in mind that substantially automated dispute resolution processes already exist – for example, in the consumer sphere, on eBay.

“In any event, a more achievable aim might be the development of prediction tools to assist human judicial decision making.

“In the current climate, anything that offers the prospect of reducing the costs of the justice system is likely to attract the attention of policy makers.”

Mr Ciumei referred to academic research which used a machine learning algorithm to predict past European Court of Human Rights decisions, a task it performed with 79% accuracy.

“In other words, decision-making at the admissibility stage of ECHR proceedings (at which the vast majority — about 84,000 in 2015 — of cases are sifted out) could be assisted by artificial intelligence, both saving time and therefore cost, and improving the quality of the system by speeding up final determinations.”

In a paper based on a speech he gave last month at the Bar European Circuit annual conference in Stockholm, Mr Ciumei said the use of AI was likely to increase settlements between parties, “which may be good for legal consumers, if not lawyers”.

He went on: “Economic theory suggests that cases go to trial only when the parties’ respective views of the merits mean that there is not a settlement range acceptable to both parties.”

However, he pointed out limitations on “a future of machine-aided (or machine-driven) lawyering and judgment”.

He said machine-learning models were “highly constrained and task specific”, which was why the “first and now most established legal application” was predictive coding of disclosable documents.

The QC said it would be “less of a stretch” to apply AI techniques to simple or high-volume cases, such as financial mis-selling or road traffic accidents, than more complicated commercial disputes.

He gave the example of commercial arbitration, which lacked “the comprehensive datasets” to train machine-learning models, and pre-dispute steps, such as settling pleadings or evidence, which lacked “binary win-lose outcomes”.

Mr Ciumei said machine-learning algorithms were not generally “open to interrogation”, and “to a large extent ‘black boxes’”, which may produce accurate answers but were not necessarily capable of explaining how they got there in a “meaningful and accessible” way.

“In particular, a ‘black box’ outcome is not amenable to appeal in the sense of examining the defensibility of an outcome against external criteria (the law and the evidence).

“The implication is that appeals against such automated decisions might have to be as of right and effectively re-hearings, which might undermine any costs saving.”

He said current technology was not good at dealing with “outliers” or unusual cases, which may not be a problem in disclosure or litigation funding but the concept of justice involved “getting the right result even in highly unusual cases, and those cases are often important in the development of law”.

Mr Ciumei said the judicial process could be just as important as the outcome.

“People often need to be listened to whatever the ultimate outcome of their dispute. The knowledge that they have been given a fair hearing is a key part of accepting an adverse decision.

“This is most obviously so in areas such as crime and family law, but commercial actors too may benefit from participation in a non-automated system of legal dispute resolution.”