Robing room is not a “no-go area” for barristers’ regulator 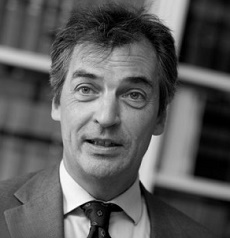 Warby: Comments were not mere gossip

Robing rooms may be a private sanctuary for barristers but they cannot be viewed as a “no-go area” for their regulator, the High Court has ruled.

He was found guilty of “broadcasting serious allegations” made by a female pupil barrister, whom he had briefly represented, against a male barrister who he did not know.

Mr Khan also contacted the male barrister’s wife, a solicitor, on LinkedIn and referred to her husband having a “personal difficulty”.

On appeal to the High Court, Mr Khan’s counsel, Marc Beaumont, argued that Mr Khan was just gossiping and, if this behaviour was professional misconduct, then barristers could be sanctioned for a great deal of what goes on in robing rooms.

Warby J said: “It is a fact, I accept, that barristers are prone to gossip among themselves. The robing room is exclusively for advocates, and is in one sense a sanctuary, though experience shows that it is also a venue for pre-court sparring, including ‘robing room advocacy’ which can sometimes verge on bullying behaviour.

“There are things that can be said in such a context that count as nothing more than ‘gossip’ or ‘tittle-tattle’. To some extent, professional people of all kinds may need a space in which they can speak freely about their private lives, and their work, to colleagues, without fear that the regulator or an informer is looking over their shoulder, contemplating the instigation of professional disciplinary proceedings.

“Barristers may speak about their cases. They may use colourful language. Often there may be nothing wrong with any of this, let alone anything that counts as professional misconduct. Often, the cases spoken about will be – by their very nature – public knowledge.

“But these considerations do not support the submissions made in the present case, about what this barrister did, in these robing rooms, on these occasions. The robing room cannot be viewed as a ‘no-go area’ for the regulator. All depends on the facts.”

Warby J found that Mr Khan’s comments could not “properly be characterised as ‘mere’ gossip”.

The information he disclosed was not in the public domain. Rather, it was “personal, private, sensitive, and highly damaging to reputation. He had obtained it as a professional. Its disclosure by him to people who otherwise knew nothing about the matter was manifestly inappropriate”.

The tribunal was entitled to view this as conduct that was likely to diminish public confidence in Mr Khan himself and the profession, the judge said. “Mr Khan’s disclosures on these occasions were more than ill-judged. It was conduct so seriously wrong as to qualify as professional misconduct.”

Similarly, the LinkedIn message to the barrister’s wife “was not just indiscreet and ill-judged. It was… a serious failure of standards. In my judgment, it was a significant failure to separate the professional from the personal, and to respect the privacy of those involved on the ‘other side’ of a legal dispute”.

Warby J said: “A person whose spouse gets caught up in disputes and litigation in which lawyers are instructed on the other side has a reasonable expectation that the other side’s lawyers will respect their privacy, and refrain from exploiting what they have learned in that capacity for the purposes of unwanted intrusions into their lives, with unwelcome comments on inherently hurtful, private and personal matters.”

He also rejected arguments around the European Convention on Human Rights: “Although the pursuit of disciplinary proceedings was an interference with Mr Khan’s convention rights under articles 8 and 10, it was a justified interference.

“It pursued legitimate aims prescribed by law, and was a proportionate measure, corresponding to a pressing social need to uphold and maintain standards in a profession of critical importance to the public welfare.”

However, he allowed the appeal against sanction. Though the tribunal was entitled to consider that suspension was the appropriate penalty, he said it fell into error in at least four ways, the combination of which led to a penalty that was “well beyond what was proportionate”.

Warby J saw force in the argument that the panel imposed a deterrent sanction despite no evidence that there was “any systemic problem requiring such deterrence”.

Secondly, “the tribunal’s reasoning shows no evidence that it considered the impact of suspension on Mr Khan”.

The judge said a tribunal “must give at least some consideration to the impact on the barrister”. To prevent a barrister from practising and earning a living was “a serious matter”, impinging on their convention rights.

The tribunal’s starting point was a nine-month suspension. Warby J said: “The charges, though serious in nature, were not so serious as to call for the deprivation of the right to practise one’s profession for as long as that… These sanctions were out of kilter with the [tribunal’s sanctions] guidance.”

Finally, the tribunal failed to give sufficient credit for Mr Khan’s early acceptance of guilt and the other mitigation that was available to him.

Warby J said the starting point should have been five months. Allowing for mitigation and the early admission discount, “the sanction which I substitute is one of three months’ suspension on each of the robing room charges, to run concurrently, and five weeks’ suspension on the LinkedIn charge, also concurrent”.

He said: “That, in my judgment, is amply sufficient to mark the seriousness of the matter, and to send an appropriate signal to the profession and the public.”