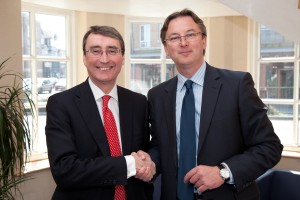 Riverview is also applying for an alternative business structure (ABS) licence, although this is not necessarily to enable a subsequent merger with DMH Stallard.

The firm – which launched in February 2012 – said the deal aimed to meet unexpectedly high demand for its ‘legal advisory outsourcing’ model, in which in-house teams are reduced to a core role with all day-to-day legal work outsourced on a fixed-priced contract to Riverview.

Riverview’s contracts are focused on businesses’ everyday legal needs and the deal brings in expertise where the firm does not currently have it, particularly dispute resolution, mergers and acquisition, and property. Equally DMH Stallard will be able to offer an extended range of services to its customers.

“Signing this alliance reflects the huge potential we see in the legal market, particularly for our Legal Advisory Outsourcing solutions,” said Riverivew Law chief executive Karl Chapman. “This move enables us to provide businesses with a seamless end-to-end solution.”

The pair said that prior to reaching agreement, they carried out “a number of market tests where they successfully combined their resources to win new business”, adding that in the coming months they will launch combined fixed-fee services and products.

Contact between the two was initially made by DMH Stallard managing partner Tim Aspinall engaging with Mr Chapman on Twitter.

Mr Chapman said the two businesses complement each other – as well as DMH’s areas of expertise, there are few overlapping clients, and there was a “strong cultural fit”.

He said Mr Aspinall’s leadership of DMH over the past decade had “prepared them for this” – it already handles a lot of work on a fixed-fee basis – and that the commitment to its direction ran through the firm.

This was not the case with other firms Riverview had talked to: “Once you get beneath the senior team, the inertia and protectionism are mind-boggling.” He was also encouraged that DMH had made the first move; Riverview had initiated the other talks it held.

Mr Aspinall said the pair shared a vision for how the business law market is changing, meaning all of DMH’s partners support the deal: “We believe that buyers of legal services are looking for something different and the combination of DMH Stallard and Riverview will fulfill that need.”

He added: “Riverview Law has a very strong brand. It shows what people entering the market who aren’t lawyers can do in a short time. Because it has attracted such interest, it has opened doors that we couldn’t or open as quickly.”

Mr Chapman told last year’s Legal Futures conferences that Riverview would be making a single acquisition to fuel its growth. Asked if this would be DMH, he said: “If we carry on working successfully and the relationship develops, we as the Riverview Law board wouldn’t rule out being more closely linked.”

The ABS application, he said, was the “right thing to do for Riverview” irrespective of DMH. “It gives us much more flexibility going forward.” It is currently at stage two with the Solicitors Regulation Authority.

Mr Aspinall said: “It’s hard to say what will happen in the future.”