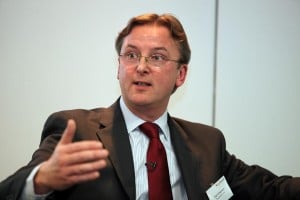 Chapman: the race is on to provide virtual assistants

Riverview Law has completed a “multi-million” pound deal to buy an American knowledge automation business as part of its plans to develop the use of artificial intelligence (AI) in the legal market.

It said the deal to buy New Jersey-based CliXLEX was a “major step” towards the creation of ‘virtual assistants’ to improve the quality and speed of lawyers and paralegals’ work while freeing them to focus on key tactical and strategic matters.

CliXLEX owns and licenses a knowledge automation platform which Riverview CEO Karl Chapman told Legal Futures that, at its most basic level, operates as an end-to-end case management system.

But it then also enables users with no more expertise than Microsoft Office skills and just half a day of training to build automate, maintain and evolve workflows and processes for all areas of legal, compliance, risk and related activity.

The platform’s next layer, he continued, is as an expert/AI system that makes suggestions as to how the process can be improved.

Ultimately it will come together with the work Riverview is doing on AI with Liverpool University’s computer science department.

Explaining the concept of a ‘virtual assistant’, Mr Chapman said that, at present, to understand a ‘system family’ of contracts that combine to complete a particular task, lawyers have first to collate all the data from those contracts before they can analyse it. This technology will complete that initial step at the touch of a button.

He added that it can integrate with any platform, meaning there is no double entry.

“The race is on to provide virtual assistants to knowledge workers, powerful tools that help people and organisations make quicker and better decisions and allow knowledge workers to focus on the key tactical and strategic matters. The legal market is not immune from this trend which will impact all sectors of the economy,” he said.

“We intend to lead the legal market in providing tools that enable legal and related work to be completed quicker, better and more cost-effectively, whether conducted by lawyers, paralegals, contract managers, risk and compliance officers, or business people.”

CliXLEX launched two years ago and Riverview has been working with it for over a year to test the relevance of the platform to the legal market both within the alternative business structure itself and with its clients. “It was always part of the plan to buy [the company] if the technology was as good as we thought it was,” Mr Chapman said.

Last year Riverview set up a separate business to own and exploit the technology built by the alternative business structure over the last three years.

CLiXLEX becomes part of Riverview Law’s group structure and will be based out of the Riverview Law Technology R&D and client management centre in Bridgewater, New Jersey. Richard Yawn, the founder and principal shareholder of CliXLEX, becomes its director and chief technology officer.

Mr Chapman added: “This acquisition builds on our significant investments in visualisation and analytics tools, computational argumentation and our knowledge transfer partnership with the University of Liverpool. We expect to make further investments in this area as we evolve and future-proof our business model and at the same time help our customers do the same.”