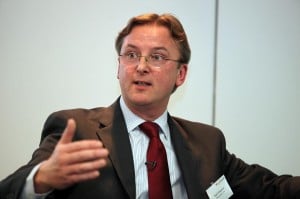 Pioneering legal business Riverview Law has been granted an alternative business structure (ABS) licence, enabling it to own Riverview Solicitors.

As of 1 June, Riverview Solicitors will merge into Riverview Law, which the latter’s chief executive, Karl Chapman, said would provide “a massive benefit in terms of organisational efficiency”.

Mr Chapman said he was “delighted” to be regulated by the Solicitors Regulation Authority, a badge which will open up “some interesting international opportunities”.

The ABS licence will also simplify the business’s internal and external communications, he said.

The Bar Standards Board should this year launch its regime for regulating alternative business structures, and Mr Chapman indicated that Riverview will explore what options exist in relation to Riverview Chambers. “We will always look at things that are in the best interests of our clients,” he said. “The simpler we can make things, the better.”

The licence was granted to the holding company LawVest, which trades as Riverview Law. LawVest is owned by AdviserPlus Business Solutions, DLA Piper and a number of individuals. Sir Nigel Knowles, DLA’s global co-chief executive, is the non-executive chairman of LawVest.

The ABS licence provides a waiver from the separate business rule that allows LawVest, its managers and staff, “to be connected with and or owned by AdviserPlus”. Mr Chapman founded AdviserPlus.

While it continues to offer annual contracts to SMEs, Mr Chapman said Riverview’s emphasis is now on large and mid-cap businesses, as well as litigation, with turnover to September 2014 set to increase 150% on last year’s £2m.

Last year the company revealed for the first time that it had FTSE-100 clients, and more recently teamed up with US technology pioneer Legal OnRamp to take on a massive international regulatory project for a global financial institution.

Last May, when it announced plans to apply for the ABS licence, Riverview Law also unveiled a strategic alliance with south-east firm DMH Stallard to bring in expertise where the business did not possess it; equally DMH Stallard could offer an extended range of services to its customers.

Mr Chapman said the arrangement had worked well, allowing both “to satisfy customer requirements that we couldn’t on our own”.