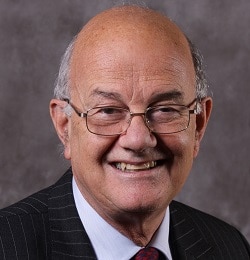 Judge: Impact of LiPs on judges

The rise in the number of litigants-in-person in the family courts since the 2013 legal aid reforms has topped a poll of the causes of discontent among family law practitioners for the fifth year running.

The result came as a former top judge warned the House of Lords the crisis was eating up judges’ time and building delays into the justice system.

Meanwhile, new family court statistics released by the government yesterday showed the proportion of disposals in private law cases where neither party had legal representation was 35%, which has doubled since the LASPO changes removed legal aid in most instances.

A similar trend in the opposite direction has affected the proportion of private law cases where both parties had representation.

The figures showed case type affected the proportion of parties with legal representation in cases with at least one hearing, ranging from around 75% in public law cases to just 2% for adoption cases.

The annual matrimonial survey by business advisers Grant Thornton found one in five of the family lawyers it consulted named the rise of litigants-in-person as being the biggest single issue facing their legal practice.

Other central issues the lawyers cited were overburdening of the family courts, delays resulting from court closures, and courts not being fit for purpose.

However, although practitioners raised litigants-in-person as their key challenge, as in previous years, they were less outspoken than before. The survey speculated this was because they had become “accustomed to dealing with the difficulties”.

Speaking yesterday in a House of Lords debate on the legal aid proposals of Lord Bach, former Lord Chief Justice, Lord Judge, said the rise in litigants-in-person was adding greatly to the workload of judges, causing delays, and prejudicing all litigants in the courts as a consequence.

He spoke of judges having to “delve through mounds of papers” and disordered bundles put together by inexpert, emotionally-charged and frightened litigants-in-person desperately seeking justice.

“The judge is faced with an exceptionally tricky and delicate course. He has to remain neutral and he has to be perceived to be neutral,” he said.

The former LCJ observed that sometimes there were litigants-in-person on both sides “with the same vast bundles only in a completely different order”, adding that there was a “concertina effect” with delay increasingly being built into the system:

“Cases take much longer than they did, at every level of the court… the judges are working harder and getting through fewer cases.

“The consequence to the administration of justice is [that…] a judge who could do 25 cases in the county court every day now can do only 15.”