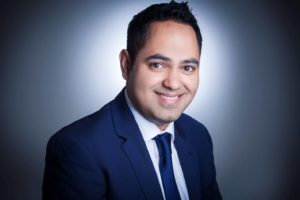 A legal rating and review website, set up last autumn by the former chief operating officer of QualitySolicitors, is to launch a crowdfunding bid next month targeting law firms.

Saleem Arif, chief executive of ReviewSolicitors, said the aim was to recruit 50 law firms, which would each invest at least £3,000.

“We want to keep our independence through crowdfunding, and by having a large number of small investors,” Mr Arif said. “It means we will not be continually at the behest of one big investor.

“Potential clients use review websites because they want to know that the law firm they are going to use is good quality and what other people think. Consumers, particularly young people, are looking for reassurance that a firm is the right one for them. It’s the way the world is going.”

Mr Arif said this was the first time a website like ReviewSolicitors had invited law firms to invest and the crowdfunding bid would go live by the end of the week.

He said a total stake of 7.5% in ReviewSolicitors had been reserved for law firms, with each investment of £3,000 securing a stake of 0.15%. He said investors would also receive a year’s premium membership of ReviewSolicitors – which itself was worth £3,000.

Mr Arif said the company’s target was to deliver to investors a return of ten times the size of their initial investment within five years. He said ReviewSolicitors was currently valued at around £2m, and had recently attracted an investment of £350,000 from a wealthy family in Spain.

Mr Arif said the main source of funding for ReviewSolicitors was premium memberships.

“We might consider advertising further down the line, but at the moment we want to get as many law firms involved as possible. If the business does as well as we hope, firms which invest will benefit financially as well.”

“One of the criticisms I had of QualitySolicitors was that they did not give firms the opportunity to share in their success, which is why we are making a point of it this time,” he said.

Mr Arif said that until now ReviewSolicitors had been funded entirely by its three directors. Along with Mr Arif, they are Michael Hanney, former head of business development at QualitySolicitors, and Pete Storey, founder of major Australian comparison and review site CompareInsurance.

Mr Arif said over 500 law firms were currently actively involved in ReviewSolicitors, with a target of 750 by the end of the year.

“Firms are particularly concerned about ensuring that reviews are genuine, and that fake reviews can be removed. We have pretty good systems in place to do that.”

Mr Arif announced a deal with Redbrick Solutions last autumn, which meant that clients of around 300 law firms would automatically be offered the chance to post reviews on ReviewSolicitors, following an earlier deal with Eclipse Systems. He said this was a good way of ensuring that all reviews were genuine.