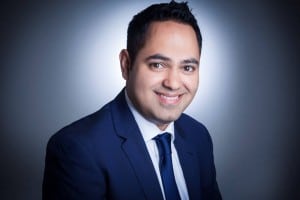 Saleem Arif, former chief operating officer of QualitySolicitors and now chief executive of ReviewSolicitors, said the deal meant that clients would automatically be offered the chance to post reviews on the site. It also meant that ReviewSolicitors would know they were genuine clients.

“This is something that not even TripAdvisor can do,” Mr Arif said. “They can’t know that their reviews are from genuine customers. This is where most of our reviews will come from.”

The deal with Redbrick Solutions will secure premium membership for its client base of around 300.

Law firms will not be obliged to offer their clients the automatic chance to post a review, and will be able to turn the function on or off.

Before the deal with Redbrick Solutions, Mr Arif said ReviewSolicitors had recruited around 500 law firms, a third of these for premium membership and two-thirds with more limited, free access.

Mr Arif said the benefits for paying members included appearing at the top in search results and being offered a “widget” for their firm websites, which would show their average star rating, next to some good reviews.

For a small to medium-sized law firm, Mr Arif said premium or ‘Pro membership’ could cost around £250 per month.

“They can’t start editing reviews or ask them to be removed,” Mr Arif said. “It has to be a fair site. The only reviews we remove are if they said someone was not a past client.”

Mr Arif said ReviewSolicitors currently had six staff, based in Maidenhead, Berkshire, which he hoped would double in a year’s time.

The company has three owners with equal stakes. Like Mr Arif, Michael Hanney was formerly at QualitySolicitors, where he was head of business development, while chief technology officer Pete Storey was the founder of insurance brand 1Cover, as well as the Australian comparison and review site CompareInsurance.

Martin Macduff, managing director of Redbrick Solutions, said the partnership would help it gather vital client feedback, which was required as part of CQS, Lexcel and many other accreditations.

“The integration has been designed to ensure our clients are recognised for the great service they provide and to help them win more work.”

ReviewSolicitors announced earlier this year that it had integrated its software with Eclipse Systems, allowing clients to be automatically e-mailed for reviews. Mr Arif said other deals would soon be announced with DPS, OchreSoft and Select Legal Systems.