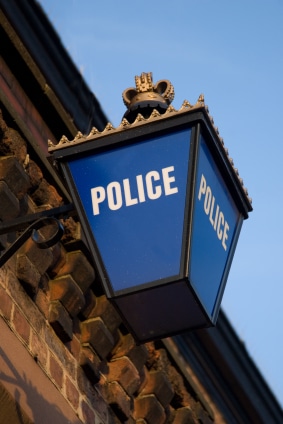 Police: solicitor should be called as matter of course

The status and quality of legal representation for children before the Youth Court need to be raised first by an increase in legal aid rates and then by mandatory training for all solicitors and barristers appearing for them, a government-commissioned review has recommended.

Child behavioural expert Charlie Taylor, who was commissioned by Michael Gove when Lord Chancellor said, he had been “frequently told by magistrates, district judges and lawyers that the quality of legal representation in the Youth Court is often very poor”.

There were around 40,000 children dealt with in the criminal courts in 2015 – down 69% from 2007. The review said that as the number of children appearing in court has fallen, youth-trained magistrates and district judges were hearing fewer of these cases and, as a result, were finding it harder to retain and develop their expertise.

Mr Taylor said appearance fees for lawyers in the Youth Court were similar to those in the adult magistrates’ court, even though they dealt with more serious cases because of the Youth Court’s greater sentencing powers.

He wrote: “This is not fair because it means that children often receive poorer legal representation, in the hands of inexperienced junior barristers or solicitors, than equivalent cases heard in the Crown Court. For example, advocates would be paid approximately £500 for a two-day robbery trial in the Youth Court compared with £1,600 were the offender an adult and tried in the Crown Court.”

Mr Taylor noted that some chambers and law firms lay on additional training for lawyers working in the Youth Court, and Just for Kids Law provides training too.

“I believe there is a strong case for insisting that all lawyers appearing in the Youth Court are specifically trained. I am also extremely concerned that children, in what are often complex and challenging cases, should be any less well represented in the Youth Court than an adult would be in the Crown Court in a case of equivalent seriousness.

“I therefore recommend that the Ministry of Justice reviews the fee structure of cases heard in the Youth Court in order to raise their status and improve the quality of legal representation for children, and when this is complete, that the Bar Standards Board and the Solicitors Regulation Authority should introduce mandatory training for all lawyers appearing in the Youth Court.”

He said that when all this has happened, “consideration could be given to trials involving children no longer taking place in the Crown Court”.

A more rigorous approach was also needed at the start of the process, he said, with research suggesting that 43% of children who go on to be charged do not ask to see a solicitor.

“Where children do ask to see a solicitor, I have heard that there is frequently a delay in them attending. Given the emphasis on admissions as a pre-condition for many diversionary schemes, it is vital that children receive access to timely and good-quality legal advice.

“I propose that children should not be required to make a decision about seeing a solicitor. Rather there should be a presumption that a solicitor is called and legal advice is provided, unless the child expressly asks not to. The Solicitors Regulation Authority should consider introducing mandatory training and agreed service standards for solicitors advising children in police custody.

“As with appropriate adults, there should be a presumption of releasing a child and organising a voluntary attendance interview or bail with a pre-arranged interview time if a solicitor cannot attend within two hours of a child being arrested.”

In its lengthy response paper, the Ministry of Justice said it shared the review’s concerns about legal representation in the Youth Court and welcomed “the recent steps taken by the Bar Standards Board and Solicitors Regulation Authority to improve the training available on youth cases”.

It did not mention fees specifically, saying only that “we will give consideration as to whether there should be further assistance available to young people in court”.

The focus of the government’s response was instead on the investment of an additional £15m a year in youth custody – “boosting front-line staff, reducing violence, and ensuring young offenders get the opportunities needed for a fresh start in life”.

Further, two “secure schools” will be launched; delivering core subjects such as English and Maths, as well as a range of work training and apprenticeship schemes to help offenders find work on release.

The Bar Standards Board is to publish its own guidance for barristers operating in the Youth Court early next year, having published research in November 2015 which found “highly variable” standards of advocacy.