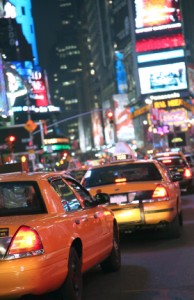 More common training of would-be lawyers, sector-wide CPD, and scrapping the training contract and pupillage, are among the “more radical” options being considered by the Legal Education and Training Review (LETR), according to its first discussion paper, issued yesterday.

The paper forms part of the LETR’s call for evidence and seeks to establish a “relatively high-level consensus” on what needs to change.

The LETR – set up by the Solicitors Regulation Authority, Bar Standards Board and ILEX Professional Standards – said a core mission is to simplify routes in and around the profession, producing “a structure that increases choice over the processes of qualification, whilst delivering greater certainty to the professions and to consumers as to the quality of outcomes achieved”.

This could be achieved in a number of ways, and part of the continuing work of the review will be to map out options in more detail. Amongst the “more radical (perhaps) of those that we might suggest as worthy of consideration” are:

The discussion paper identified the role of activity-based regulation as potentially a key issue for the LETR to examine; this would reduce the significance of professional title but “provide greater consistency of standards across the sector, and possibly facilitate career mobility as well”.

The paper said “there is much work to be carried out to ensure that admission to the profession and to academic programmes is fair”, with its own findings largely reinforcing widespread concerns over selection systems.

“Training partners at City firms have told us that they will mainly recruit from ‘top universities’, which means that there are many students training in universities around the country with expectations of a career that they are extremely unlikely to obtain,” it said.

Further, the practice of recruiting third-year undergraduates on the basis of A-level results is likely only to “re-inscribe many of the inequalities of the school system into the labour market”.

Other issues raised include the “very clear ‘hemispheric divide’” at legal practice course stage between those sponsored by City firms and those not; the greater accessibility of the New York Bar to overseas lawyers looking for a ‘second’, more international qualification, putting the profession and law firms in England and Wales “at a serious competitive disadvantage”; and the largely dismissive response to CPD – “not the idea of lifelong learning nor the need to keep up with change or the idea of continuing professional development, but the way in which it is currently instituted and measured”.

The LETR has set a 10 May deadline for responses to the discussion paper. For the full document, see here.