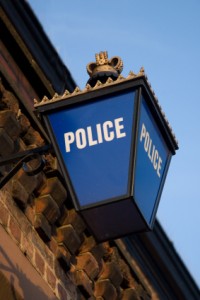 A future where would-be criminal law barristers train together with solicitors and work at law firms before joining a “smaller, specialist Bar” later in their careers was sketched out yesterday in the government-commissioned review of criminal advocacy.

Sir Bill concluded that the market in criminal advocacy is not working competitively or in such a way as to optimise quality, with judges concerned about some of the advocates appearing before them, particularly solicitor-advocates.

“The group of providers who are manifestly better trained (if not always more experienced) as specialist advocates are taking a diminishing share of the work, and are being beaten neither on price (in a system where fee rates are fixed) nor on quality…

“The fact that there are almost certainly more advocates than there is work for them to do depresses average income and makes the reduction in legal aid fees even harder to manage than it would otherwise be.”

The report rejected the possibility of winding back the clock on rights of audience for solicitors, but expressed concern that if the Bar’s share of the work continues to decline, as the current generation moves to retirement, the supply of top-end advocates to undertake the most complex trials and join the bench would be in doubt.

Between 2005-06 and 2012-13, the percentage of publicly funded cases in which the defence was conducted by a solicitor-advocate rose from 4% to 24% of contested trials and from 6% to 40% of guilty pleas. In 2012-2013, Crown Prosecution Service in-house lawyers led the prosecution in approximately 45% of Crown Court trials

The report offered two broad ways forward for the criminal Bar – to adjust its model of working to compete for legal aid contracts, with contracts separated out so that they would not have to provide police station services; or to move to a system in which graduate lawyers obtained their early experience in legal firms and joined a smaller, specialist criminal Bar later in their careers.

“Simply carrying on as at present in an attempt to keep intact every aspect of the traditional model is not a viable option,” Sir Bill said.

Bidding for legal aid contracts should become easier with the Bar Standards Board’s plan to regulate advocacy-focused entities, he noted, but much depended on the Bar’s appetite for change.

This would feed into whether it was worth the major structural change of separating criminal contracts into police station and post-charge work, meaning that barristers would not have to have to employ solicitors and paralegals to generate the business and prepare the cases, and lose what they see as the “essential character of the self-employed Bar”.

However, with restrictions on legal aid forcing a move away from the Bar acting as a ‘second pair of eyes’, Sir Bill said there was an opportunity for barristers.

“If barrister-led entities were able to have control of cases from the outset, possibly on the basis that in more straightforward cases their junior members would act as the single principal legal representative, their reputation for competence and relatively low overheads could put them in a strong competitive position.”

On common training, he suggested a two-tier approach, with the first level on the lines of the elective advocacy course for solicitors in the legal practice course, but taken by all recent graduates aspiring to be advocates; and the second level bringing those who seek to be specialist advocates up to the Bar’s current standard.

There would be “an expectation, which could develop over time and need not be an absolute requirement, that in pursuing their careers those aiming for the Bar would gain several years’ experience of advocacy in a legal firm (or the CPS) before undertaking the second tier and being called to the Bar”.

This would leave “a smaller, more specialist criminal Bar, available for the privately funded but concentrating largely on trial advocacy, particularly in the more serious and complex cases, perhaps with exclusive rights of audience in relation to the most serious”.

Sir Bill said this approach might mitigate, if not remove altogether, the problems of over-provision on the bar professional training course and of indebtedness among those graduates of the course who fail to get pupillage or tenancy.

But he made it clear that he offered this “as a possible direction of travel, in the hope that it might stimulate debate within the profession and with its regulators”.

In other recommendations, noting that barristers receive far more advocacy training than solicitors – a disparity “so marked as to be almost impossible to defend” – he called for a “common training expectation” to be developed for all Crown Court advocates, “which need not be as demanding as the Bar’s but should substantially exceed the current requirement on solicitors seeking higher court rights”.

This should also extend to solicitor-advocates replicating in some ways the supervised experience that pupillage providers, and also to continuing professional development.

Responding to concerns about the financial incentives on solicitors to point clients towards their in-house advocates, rather than an independent barrister, Sir Bill said the Solicitors Regulation Authority and Law Society “should consider what further regulatory or other steps could be taken to clarify and reinforce the professional responsibilities of solicitors in the assignment of advocates”. This could include a requirement to have a record of advice.

A more radical approach, he added, would be for the Legal Aid Agency to maintain a list of approved defence advocates.

Sir Bill also backed the introduction of the Quality Assurance Scheme for Advocates: “I do not doubt the strength of the case for some kind of quality assurance scheme, both to reassure the public that there is a means by which advocates can be denied the opportunity to act beyond their competence, and to encourage continuous professional development.”