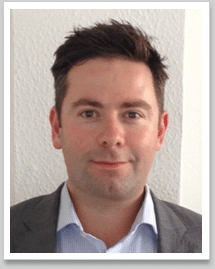 Careless: before-the-event insurance is not doing the job

LegalCare provides subscribers with a guaranteed response to e-mailed queries within an hour, 24 hours a day, seven days a week.

The package – which covers a family of up to five people – also provides free template documents, a will pack, a document review service and a 25% discount on fees if a solicitor from a LegalCare partner law firm needs to be formally instructed. There is a similar offering for businesses at £28 a month.

A video on the company’s website says that “the sad reality is that you’ll only get as much justice as you’re willing to pay for”, adding that because of the cost of legal services, “most people would rather put up with their problems than deal with them… Financially it doesn’t make sense to contact a solicitor for anything other than the most serious of issues.”

LegalCare has investment and advice from Mr Johnson, the chairman of Risk Capital Partners. The company has come from the people behind Right Solicitor, a website launched last year that offers consumers an answer to a query within an hour but that also questions their willingness to pay for a solicitor if needed. Right Solicitor currently receives 10,000 questions a month, dealt with by a panel of 80 law firms.

Paul Careless, chief executive of both businesses, said the aim of LegalCare was to make legal advice accessible and affordable, especially for everyday “niggles” for which people would not normally seek legal advice because of the cost. Before-the-event insurance was not servicing this need, he argued, as it is under-utilised and “under the radar”, with “a lot of things not covered”.

He pointed to the success of other businesses selling by monthly subscription services traditionally seen as distress purchases, such as the AA and British Gas’s HomeCare.

In the event that panel solicitors do not want to respond to a query – for example because it is unlikely to lead to a paid instruction – then LegalCare has two lawyers in-house to deal with them within the 60 minutes.

Mr Careless said that while currently LegalCare subscribers – already numbering over 100 in less than a month since launch – are being advised by Right Solicitor panel firms, he wants to find a full-time partner for the venture, which he described as being a “reasonable sized and ambitious law firm”. He explained: “We want to provide a quality, dedicated legal firm for our clients to use should they wish to instruct. That law firm would need to handle a wide range of legal matters whilst giving a LegalCare membership discount and an excellent service.”

LegalCare is being sold purely through word of mouth by allowing users the opportunity to be paid for signing up new customers. These associates receive a fee for every sign up they introduce.

Though not the first service of this type – CPP, for example, has Your Law – LegalCare is evidence of a slow move towards some form of pre-paid legal advice as seen in the US.