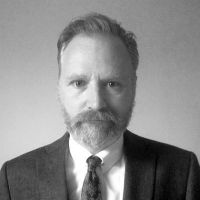 Brack: chances of recovering the money “were nil”

Staff working for the Legal Ombudsman (LeO) will not have to repay hundreds of thousands of pounds in “irregular” benefits they received from their employer, it has been decided.

Having sought advice from the Treasury Solicitor, the board of the Office for Legal Complaints (OLC), which supervises LeO, agreed that “repayment should not be pursued”.

The board said it would notify LeO’s interim accounting officer of its intended course of action and the reasons for its decision. This is Dame Ursula Brennan, the Ministry of Justice’s permanent secretary, who took on the role after the furore over then Legal Ombudsman Adam Sampson’s expenses erupted last year.

Dame Ursula declared £1.2m of payments as “novel and contentious” earlier this year, and promised not to approve the “irregular expenditure” [2] retrospectively.

However, board minutes from the OLC’s meeting in March reveal that, according to legal advice from the Treasury Solicitor’s employment division in relation to the staff benefits scheme, “the sums involved were payments made under contracts of employment”, were not paid by mistake and were not “overpayments in a legal sense”.

For this reason, the legal advice was that “the chances of securing recovery of monies from existing or previous staff were nil”.

The minutes report that LeO’s interim chief executive, Ian Brack, reminded board members that staff had accepted the sums involved in good faith and on the understanding that they were entitled to them.

“Staff had a reasonable basis for believing this, given the statements made to them by the OLC. He added that there was no evidence of fraudulent activity, nor any reason to suspect it.”

Mr Brack was reported to have said that, on the basis of the Treasury Solicitor’s advice, there was “no reason” for staff to voluntarily surrender money that was paid under contract.

“He was also of the view that, given that they had been advised that they had no legal basis for recovery, it would be inappropriate and imprudent to attempt either approach.

“He concluded that there would be no value for money basis to proceed with an attempt to secure recovery from either existing or previous staff.”

The OLC board agreed that repayment should not be pursued and that Mr Brack notify the accounting officer of its intended course of action and the reasons for this decision.

A spokesman for the Ministry of Justice confirmed that Dame Ursula was still interim accounting officer, but did not give any further details.