Revealed: Legal Ombudsman puts 10% of staff at risk of redundancy 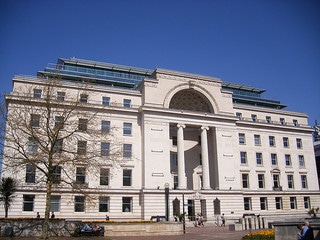 The Legal Ombudsman (LeO) has put around 10% of its staff at risk of redundancy as it undertakes a restructuring brought about by receiving fewer complaints than expected, Legal Futures can report.

The problem has been exacerbated by difficulties in making good on last year’s ministerial pledge to move the handling of complaints about claims management companies (CMCs) to LeO – which may now need primary legislation to resolve.

A LeO spokesman confirmed to this website that 25 roles have been put at risk of redundancy – its most recent annual report put the staff complement at 266.

He said: “The Legal Ombudsman has undertaken a re-structure to ensure it continues to provide an effective, customer-focused service that responds to its changing external environment.

“In our business plan this year we committed to achieving a high performance organisation that is effective and responsive. Since publishing our business plan we have seen fewer cases than expected through our doors – partly due to the economic climate and also due to improved performance by lawyers at the first tier.

“The re-structure is intended to ensure we continue to resolve complaints efficiently and cost-effectively. The changes will allow the ombudsman to meet its unit cost KPI, a key measure agreed with the Legal Services Board. The ombudsman is also about to release a discussion paper about its future remit.

“Ensuring a sound cost basis for the service will assist it in broadening its role in the future, for instance if it recommends to the Lord Chancellor to establish a voluntary scheme.

“There have been roles placed at risk of redundancy as a result of this re-structure. A process of consultation now follows.”

This contributed to LeO failing to meet its key performance indicator for the cost per case (calculated by dividing the £16.5m cost of LeO by the number of cases resolved). Against a target of £2,000, it achieved £2,168.

It had been hoped that the increased work brought about by handling complaints against CMCs would minimise the scale of the restructuring and also bring down the cost per case across its entire caseload to the benefit of all.

The Ministry of Justice (MoJ) announced in August 2012 that LeO was to take over complaints-handling from the Claims Management Regulator (CMR), but an MoJ spokeswoman would only say yesterday: “We remain committed to bringing claims management complaints handling within the remit of the Legal Ombudsman and will do so as soon as possible.”

Legal Futures understands that the problem is Legal Services Board (LSB) concerns over whether it has the statutory power to collect a levy from the CMR in the same way as it does from the Law Society, Bar Council and other approved regulators to pay for LeO. The LSB argues that it does not have the resources to levy individual CMCs, and also that this would be inconsistent with how it otherwise operates.

An LSB spokesman said: “We are 100% behind the policy intent of the Legal Ombudsman to take on CMC complaints and we will do what we can to facilitate [it]. But at present there remains an issue to be fixed regarding funding mechanism which all parties keen to get this in place need to resolve.

“No movement towards the Legal Ombudsman taking on CMC complaints can happen until this has been resolved in a way that is satisfactory to all sides. We are in continued discussion with MoJ and OLC [the Office for Legal Complaints – LeO’s governing board] on this and hope it will be resolved.”

We understand that the MoJ is now considering whether primary legislation is required and how this would be achieved.