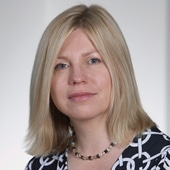 The claimant groups planning to fight the government’s latest personal injury (PI) reforms have learnt from what happened with LASPO and are working together to ensure they have “a unified voice and message”, it has emerged.

The lack of unity in opposing the LASPO reforms was widely criticised in the aftermath of a largely ineffective campaign, but Deborah Evans, chief executive of the Association of Personal Injury Lawyers (APIL), said that her organisation was now collaborating closely with the Law Society and the Motor Accident Solicitors Society (MASS).

“From the off we have been working together to have a single unified voice and message,” she explained.

In November, the government announced that it planned to raise the small claims limit for PI to £5,000, and stop claims for general damages in ‘minor’ whiplash cases, with a consultation now expected to be published around March.

The Ministry of Justice (MoJ) is thought unlikely to consult on the principle of raising the small claims limit – having done so in 2013 and decided to hold off, citing access to justice concerns among others. Instead it will be about the detail of the change.

Ms Evans said the core group, which may yet be expanded to include one or two other organisations that have the same objectives, will be assisted by a working party involving those from the wider PI sector.

The working party will encompass those with a direct commercial interest – such as after-the-event insurers and medical reporting organisations – as well as other pressure groups, including the Access to Justice Action Group and Lawyers Against Fraud.

Sue Brown, the chair of MASS, added: “MASS is very happy to be able to work collaboratively with other claimant representative groups with a view to demonstrating the damage the reforms set out in the Autumn Statement will do to the rights of people injured as a result of negligent driving.”

APIL, MASS and the Law Society have also set up a joint fighting fund which will initially be used to brief counsel on what evidence they need to counter the proposals that come out of the MoJ. It might also be used to fund economic research and focused lobbying work later on.

However, Ms Evans said the three will each submit their own response to the consultation – albeit containing identical messages – because the MoJ would take more notice than if there was a single response.

The APIL chief predicted that the “illogicality” of the government’s position would help their cause. Noting that the Autumn Statement also included the proposal for an automatic right to compensation for anyone whose train is delayed by more than 30 minutes, she asked: “How can you be entitled to compensation for a minor inconvenience, but not if you have had months of pain and suffering from someone else’s negligence?”

She also said that the concerns that stopped the increase in the small claims limit in 2013 had not gone away in the intervening period.

“This is nothing to do with [preventing] fraud,” Ms Evans said. “There have been lots of steps in the right direction on that anyway but no effort has been made to assess their impact.”

According to APIL’s notes of a recent meeting it held with MoJ officials, the government believes that PI claims that would be caught by the new small claims limit £5,000 would be easy enough to be done without legal representation.

However, the MoJ has not yet decided what types of injury claims would be affected by the new limit.

The officials made it clear that they were very aware of the risk of claims management companies moving in to run small PI claims, pointing to the fundamental review of the work of the CMC regulator that is likely to report this spring. They were looking at other areas of concern, including the use of professional McKenzie Friends.

In terms of what a ‘minor’ whiplash injury might actually be, the definition has yet to be settled, but the officials said they had “classic” whiplash in mind.

Though the government has previously indicated that the plan is to introduce the general damages reform in April 2017, it is still not sure that the small claims limit change, if it happens, will be at the same time, as there appears to be impetus to bring it in earlier.

The MoJ officials said that there were, however, hoping to align the reforms with the proposals to introduce fixed fees for ‘low-value’ clinical negligence claims, a consultation on which is also expected shortly.