Revealed: the law firms that still don’t have a COLP or COFA in place 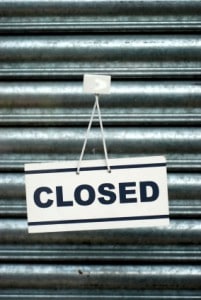 Closed down: failure to nominate among the reasons for two inventions

More than a year on from the deadline for law firms to nominate their compliance officers for legal practice and for finance and administration (COLP/COFA), and 40 practices still remain without anyone in place, the Solicitors Regulation Authority (SRA) has revealed.

A handful of those include firms in a group of 205 that a recent data cleansing exercise established had not actually been sent requests to nominate last year and so are still within the time limit to supply names.

There have recently been two interventions where the failure to nominate was among the grounds for action, while two other firms have been publicly rebuked in relation to delay and failure to disclose information as part of the nomination process.

An update on the COLP/COFA enforcement project said that of the 40, five are “considered to pose a significant threat to the regulatory objectives”, with failure to nominate only one of a number of more serious issues identified and intervention the likely result.

Most of the firms have actually made nominations but are still at various stages of the approval process, such as appealing refusals or making a re-nomination. In one case, a sole practitioner nominated herself as the COLP and a trainee solicitor as the COFA. The trainee was refused and the solicitor has been advised to nominate herself as the COFA.

There are also a number of firms which are not practising and are simply waiting for their formal recognition to be revoked, a process which can take some weeks. Where the firms are co-operating in an orderly wind-down, the SRA indicated that it will not take formal enforcement action over the delay in nominating.

In all, the SRA has investigated 995 matters arising from the nominations process, a quarter of which led to no action being taken. There were also 40 ‘findings and warnings’, 219 letters of advice and 413 ‘Dear Partner’ letters.

In all some 9,982 firms were initially required to nominate compliance officers.