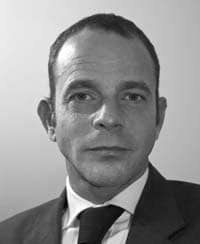 Jones: aim is be instructed by solicitors in the usual way rather than go into competition with them

Six criminal law barristers have set up a chambers structured as a partnership and regulated by the Solicitors Regulation Authority (SRA).

Artesian Law, which opened for business in January, is already looking to expand due to the number of instructions it has received.

The six barristers – who were previously at Charter Chambers – joined forces with criminal defence solicitor James Nicholls so that they could become a legal disciplinary practice. All seven are partners. The barristers are Stephen Mejzner, Jonathan Rose, Daniel Jones, Tarquin McCalla, Dominic Thomas and Michael Neofytou.

Fulcrum Chambers last year set up as an SRA-regulated LLP, specialising in international corruption matters, but unlike Artesian some of its barrister partners remain as door tenants of other chambers as well.

Daniel Jones told Legal Futures that the move came out of looking at “the financial realities of criminal defence work”. Among the drivers were the prospect of ‘one-case, one-fee’ legal aid payments and the rule that prevents a client who may be eligible for legal aid from instructing a barrister directly.

Being an SRA-regulated law firm also allows other practices to sub-contract advocacy work to Artesian and still receive payment, which they cannot do with barristers in traditional chambers.

Mr Jones described the firm model as “the platform from which we can offer a range of legal services in a flexible and modern way”. Though there are currently no plans to employ solicitors to conduct litigation, or to bid for a legal aid contract, Artesian now has the structure to do so if it later chooses.

He acknowledged that both the SRA and some instructing solicitors have initially been confused by the novel model. But the aim is be instructed by solicitors in the usual way rather than go into competition with them; Mr Nicholls is developing his own niche practice away from general criminal work and is not obliged to instruct one of his partners if he requires an advocate.

The firm already has a great deal of work and Mr Jones said they were considering ways to augment their capacity, such as setting up Artesian Chambers alongside the firm with barristers who also remain with their existing sets, a model recently pioneered by Riverview Law.

Many barristers shun the idea of partnership because of the conflicts problem it could throw up – in crime, for example, two barristers from the same chambers could act for co-defendants with conflicting cases. Mr Jones said Artesian would look to put up a Chinese wall in the same way that a chambers would, but he accepted that it was untested.

The Bar Standards Board hopes next year to begin regulating entities and Mr Jones said they would consider switching when the time comes. However, he said the SRA has proven a good regulator to work with so far.

The firm’s name came from the road on which the group first met to discuss their plans.