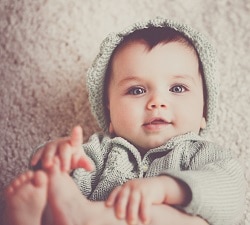 “Mummy, is there someone you can sue over this?”

The Bar Council has closed its flagship nursery scheme at Smithfield in the City of London, citing a lack of places and promising to find other, “more effective” ways of supporting barristers with childcare responsibilities.

The Bar Nursery – five years in the making – was launched to some fanfare in April 2013 by Maura McGowan QC, then chair of the Bar Council.

It offered discounted places for up to 100 children aged eight weeks and older, from 7am to 7pm every weekday.

Though it is still promoted on the Bar Council website, a spokesman said: “The Bar Nursery at Smithfield House was one feature of the Bar Council’s parental support initiative which aims to support parent barristers.

“Due to nursery places at Smithfield House being fully taken up, it was agreed that continuing with the partnership served little present benefit to barristers in London.

“However, the Bar Council is exploring other, more effective ways it can support barristers with childcare responsibilities.”

The spokesman stressed that the Bar Nursery’s other partnership, with the Tiny Tree Nursery in Leeds, remained “part of the Bar Council’s parental support programme”.

The Bar Nursery was a response to a longstanding concern over the lack of childcare available at the Bar, and the impact this was having on career progression for women.

The Bar Council exit survey in 2011 showed that 28% of women left because of childcare responsibilities, while a Women at the Bar survey carried out by the Bar Standards Board last summer concluded: “Family reasons or the difficulties of combining a career at the Bar with caring responsibilities were the most common reasons given for considering leaving the Bar.”

Launching the Leeds nursery in January 2016, Chantal-Aimée Doerries QC, the previous chair of the Bar, said: “The nature of a barrister’s career means that they work often unpredictable hours, are expected in court at short notice, or have to take a long break from their careers in order to be able to manage childcare.

“Most barristers are self-employed, which can make balancing childcare with your work challenging. Becoming a parent should not be a bar to a career as a barrister. The Bar Nursery is just one way the Bar Council is trying to make life easier for those practising barristers who are parents.”