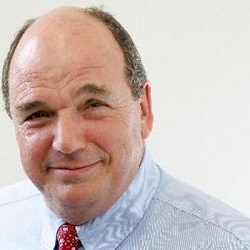 The international body for third-party funders has told the UN Commission on International Trade Law (UNCITRAL) that restricting the funding of treaty-based investor-state arbitrations would weaken the rule of law.

UNCITRAL published draft provisions earlier this year for reform of investor-state dispute settlement (ISDS), which gave a range of options, including banning claimants from receiving any third-party funding and requiring them to disclose the terms of their funding agreements.

The International Legal Finance Association (ILFA) said that, in preparing its proposals, UNCITRAL had not “meaningfully engaged” with the funding market or ILFA.

The association was launched in September last year by six of the big third-party funders, including Burford Capital and Harbour Litigation Funding,

Leslie Perrin, the chairman of ILFA and author of the response, said they appeared to be “heavily influenced by papers published by certain academics with the support of various NGOs [who] cast doubt on the legitimacy of third-party funding in the ISDS context”.

He pointed out that there was “no data cited” in support of the assumptions underlying the proposals, and ILFA’s data showed that many of the concerns were misplaced.

Mr Perrin said: “Simply put, the evidence does not support the contention that third-party funding increases the number of ISDS claims or increases the damages claimed.

“Indeed, the existing empirical evidence suggests otherwise: funders serve a gatekeeping function in the field of investment arbitration by filtering out – as opposed to facilitating – the filing of frivolous claims.”

Mr Perrin said that, according to an investment adviser to a funder with significant experience in investment treaty arbitrations, often under the UNCITRAL rules, the funder agreed to fund only around 3% of around 300 potential investment treaty claims considered between 2010 and 2018, and the experience of ILFA members was very similar.

Mr Perrin said that prohibiting or restricting legal finance would “weaken the rule of law”, create a gap between the “express goals” of the UN and UNCITRAL and the achievement of those goals, and “fly in the face of strong support for third-party funding by the corporations that are in a position to build the infrastructure and make the other direct investments needed by many states”.

Woodsford Litigation Funding, an ILFA member which issued its own response, said it disagreed with the UNCITRAL working group that further regulation of third-party funding was necessary.

“Various jurisdictions that have actively considered the question of how much (if any) regulation of third-party funding is necessary have often concluded not to implement such regulation.

Woodsford urged that, if UNCITRAL introduced regulation, it should be “very ‘light touch’ to avoid a ‘chilling effect’ on litigation funders’ desire to fund cases”.

Disclosure of third-party funding should not be mandatory, it added. “How a party to a dispute finances itself is a private matter which the claimant ought not, in our view, be obliged to share with its opponent.”

“If a corporate claimant were to take a recourse loan from a bank in order to assist its cashflow (including by assisting with the funding of its disputes), it would not be required to disclose that loan to its opponent so why should non-recourse finance from a third-party funder be treated differently?”