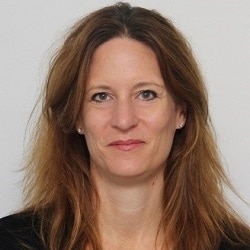 There are “significant gender disparities” in barristers’ access to work and pay across both criminal and civil publicly funded work, research by a circuit judge has found.

Without change, new male barristers “will have better access to quality work, will claim more of the available pot and will have a greater likelihood of taking silk than their female counterparts”, and “it is difficult to see how the profession will ever achieve equal numbers of men and women in silk, or on the High Court bench, if these disparities are not addressed”.

Her Honour Judge Emma Nott has been researching the issue since 2017, with her last report in late 2019 [1]. In her latest update, she said that while some government departments – notably the Crown Prosecution Service (CPS) – were taking “active steps to advance equality of opportunity between male and female barristers”, others were less vigilant and proactive.

“Monitoring and transparency are key,” she said, writing in the Bar Council’s Counsel magazine [2].

HHJ Nott found that just 12 women were among the 100 highest-paid barristers by the Legal Aid Agency, rising slightly to 16 of the 100 paid the most by the CPS, proportions that only rose marginally (to 17% and 19% respectively) when widened out to the 500 best-paid barristers.

The judge revealed that a CPS/Bar Council steering group has found that, in 2019-20, female junior advocates accounted for 35% of all advocates paid by the CPS but received 26% of the total fees paid in value, while female advocates were proportionately less likely to feature in multi-defendant cases, high-value frauds or as leading juniors.

As a result, the CPS is developing a new set of briefing principles “which highlight the importance of equality of opportunity” when selecting prosecution advocates, and using new technology to monitor the allocation of cases, including returns.

It has also identified a specific issue surrounding late returns, with the focus on getting the work covered at short notice, sometimes at the expense of ensuring the fair allocation of cases. Notably, only three of the senior clerks at the 48 London criminal sets are women.

The Bar Council and Ministry of Justice are also shortly to publish an analysis of the fee income of publicly funded criminal barristers between 2015 and 2019 which will show a systemic pattern of women barristers earning less than their male counterparts, even when seniority and case volume are taken into account.

This disparity is amplified when race and gender are considered together, with Black women earning less than any other group at the criminal Bar.

Data HHJ Nott obtained from the Government Legal Department (GLD) similarly showed significant disparities on its panels when judged by the number of instructions for which barristers invoiced.

The judge noted: “Most C panel members are under 10 years’ call, typically appointed in their mid to late twenties. It seems unlikely that the significant disparity in work allocation at this most junior level should all be attributable to lifestyle decisions, or maternity leave.”

The GLD has responded to HHJ Nott’s work by promising to give the issue of fair access “greater prominence in the selection of counsel”.

She also urged private practice barristers to ask their chambers’ management committees whether the gender pay gap was monitored, and if not, why.

The Bar Council is set to launch a guide encouraging chambers to do this, called the work distribution by sex monitoring toolkit.

HHJ Nott concluded that the reasons for the disparities in the allocation of publicly funded work were likely to be “multi-faceted, complex and may require independent evaluation”.

She added: “Perhaps it is now time for the Solicitors Regulatory Authority and the Equality and Human Rights Commission to investigate.”

Bar Council research published a week later said the gender pay gap was “alive and well” [4]; in all but two of the 30 practice areas analysed, female barristers received a lower proportion of the gross fee income than their representation in the field.