Research: “Billions could be saved” by funding more legal advice 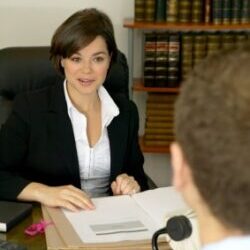 The Treasury could save billions of pounds a year if more public money is put into specialist legal advice, according to new research.

It estimated that the half a million or so disadvantaged clients currently in receipt of free legal assistance annually now save the public purse £4bn a year, around 16 times what the advice cost.

It calculated there would be knock-on or ‘downstream’ benefits that reduce demand on public money, such as 235,000 people who would otherwise have lost their jobs staying in or gaining employment.

Others would have avoided homelessness, managed their debts, reduced dependence on the NHS and so on.

The research was carried out by business consultants Pragmatix Advisory, funded by the Community Justice Fund, a coalition of social welfare legal advice organisations set up to cope with the impact of Covid- 19, consisting of Advice UK, Law Centres Network, Citizens Advice and a number of funders. The CJF’s parent body is the Access to Justice Foundation.

When doing the sums, the researchers compared the costs of outcomes where advice was given and where it was not.

They said the central scenario adopted “realistic assumptions” which provided a cautious estimate of savings, including acknowledging that not everybody could positively resolve their issue or some would need further legal advice later on.

However, they also modelled a more conservative scenario, with lower success rates, more people tackling their issue alone and a greater number needing further legal help. Even on “the most conservative estimate”, they calculated the Treasury could save £1.34bn.

It was thought the average net benefit to the public purse for each client helped was £8,000, while the average cost of advice provision was just £510 per person.

The data used was based on a total of 70 exemplar cases. These included when the client lived in a privately rented home and was served with an eviction order due to discrimination.

The two possible outcomes were that they were able to remain in their current accommodation or required housing in temporary accommodation.

Other cases included appealing a refusal of benefits, applying for debt relief orders, advising on employment rights, challenging decisions of public bodies, challenging cases of discrimination and providing assistance and advocacy in courts or tribunals.

Overall, the exemplar cases used were “deliberately conservative, so as not to artificially inflate the benefits of advice provision, or overestimate the counterfactual costs.”

Clients were generally those who had reached the point where things could not continue as they were.

The researchers acknowledged that it was difficult to know for how long positive outcomes in cases provided economic stability. For this reason, they made a “relatively aggressive estimate for the likelihood of individuals presenting in crisis again”,

Researchers weighed up benefits using an online survey, use of existing data and in-depth practitioner interviews with more than 40 legal advice providers. The practitioners often reported there was interconnection between the advice they gave and services such as healthcare providers.

Many clients were unemployed and/or had long-standing illnesses. During the pandemic, the biggest areas of increase in the demand for free legal advice were in the fields of housing and welfare benefits. It was often believed that early intervention meant fewer cases reaching court.

The research recommended that the Treasury could save almost £10bn over the next decade, with £4bn in the first year.  It could expect to save £814m for every 100,000 clients receiving support.

The authors said they were confident in the data because the sample sizes were large. For instance, the 40 organisations they interrogated assisted 169,000 people over the two years they were asked about.