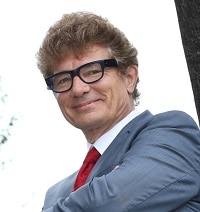 Flood: Trusted advisers will be in high demand

If junior associates are “gradually culled” from law firms as a result of automation, the “entire reproduction of the legal profession could be jeopardised”, a leading academic has warned.

But Professor John Flood said the “essential skill for future lawyers” was that of trusted adviser.

Professor Flood is well-known for his work on the legal profession and its regulation. Currently director of the Law Futures Centre at Griffith University in Queensland, Australia, he is also an honorary professor at University College London and a visiting professor at the University of Westminster.

In a new paper on legal professionals of the future [1], he said junior associates and paralegals were the “endangered species” in law firms, as the type of work being automated involved “a high degree of repetition and relatively simple processes”, such as finding key words in a document.

“The effect of automation here could be dramatic in that if junior associates were to be gradually culled from firms, the entire reproduction of the legal profession could be jeopardised since law firms are structured around associates being promoted to partnership, in the classic ‘tournament’ model of partner selection.

“In addition to this effect is the decline in paying for the use of first year associates by corporate clients. Who then will train junior lawyers if law firms are reluctant to undertake this?

“We know law firms operate multiple tracks where some juniors are ‘trained’ with prospects of making partner and other tracks where associates are churned through the organisation without training.

“In all probability, elite big law firms will retrench to a model closer to the 19th century one with a small number of partners and a large cohort of mostly underqualified or uncredentialled clerks who have little or no possibility of rising through the firm.”

“Work, he says, should be measured by its outcomes not its internal meanings to those who engage in it.

“While it is reasonable to examine outcomes, they can’t be the only measure, especially for professions. It reduces them to being technicians.

“Among the reasons Susskind inclines to this conclusion is that he ignores the social and cultural aspects of professions within society.

“There are monopolistic aspects to professional work, but the bargain professions strike with society is that they won’t exploit their clients and patients. To enforce this, professions put in place codes of ethics, disciplinary bodies, and inculcate their members with professional values.”

Professor Flood said it was “not clear” whether lawyers could continue with the “the traditional portfolio of skills and knowledge carefully cultivated over the centuries into the 21st century”.

He said their understanding of the principles of law “might not need to be to the same extent as regulators presently prescribe”.

He agreed that improving coding skills might seem attractive, but the “main rewards for good coding will necessarily go to the best coders”, not those with “barely adequate” skills.

“And, in any case, teaching coding widely may well result in being a redundant exercise as machines learn to code themselves and so become self-sustaining.”

The professor said the “essential skill for future lawyers” was that of trusted adviser.

Professor Flood said that with the automation of “more and more tasks”, there would be a growing need for people who could see the ‘big picture’ – a “new kind of generalist”.

He said there were “potentially two directions” – one following the path of automation, the other taking “the human course”.

The first approach, which had within it “a necessary disinterest that negates the need for human emotions or feelings such as the idea of trust”, was suitable for tasks such as compliance, where much of the work was box-ticking.

The second reintroduced “ideals of trust” through the counsellor/adviser relationship.

“Ethos takes back to the characteristics of credibility and character, neither of which appears unbidden. They must be developed and nurtured. At present few of these kinds of skills, or an appreciation of them, is taught in law schools.

“Lawyers need to create and expand their capacity for ethos within the context of professionalism.

“Trusted advisers and trusted brokers will be in high demand in a world wracked with populism and nationalism; someone must be able to communicate over these boundaries and connect with those on the other side.

“Lawyers, because their basic tool is language are ideally suited for these roles.”