Reprimand for legal executive who asked SRA to keep quiet 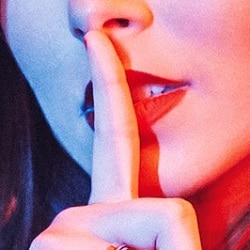 A chartered legal executive has been reprimanded for asking the Solicitors Regulation Authority (SRA) not to tell his own regulator that it had investigated him.

Unfortunately for him, the SRA and CILEx Regulation have an information-sharing agreement.

Daniel Jackson, who became a fellow of the Chartered Institute of Legal Executives (CILEx) in 2012, was reported to the SRA by his former employer, a solicitors’ firm, following his dismissal for gross misconduct.

The SRA investigated and eventually found no evidence of professional misconduct against him.

However, Mr Jackson failed to declare the investigation to CILEx Regulation, as required by its rules.

The SRA provided CILEx Regulation with copies of its correspondence with Mr Jackson, which showed that early on in its investigation it had asked him whether he had informed his regulator.

He replied by email: “I have not told them due to at first not knowing if I would ever get back into a law firm…

The SRA subsequently confirmed to Mr Jackson that it had informed CILEx Regulation and advised him to contact his regulator, which he failed to do.

CILEx Regulation’s professional conduct panel found that he had failed to notify the regulator of the SRA investigation as soon as he became aware of it, in breach of the CILEx rules, and attempted to conceal the investigation, thereby failing to behave with honesty and integrity.

The panel reprimanded Mr Jackson and warned him about his future conduct.

‘Learning points’ provided by CILEx Regulation in a report on the case in the CILEx Journal said: “CILEx Regulation has an agreement with a number of other regulators, including the SRA, to share information about their regulated members.

“Members should, therefore, be open and honest with their regulators as a failure to do so can and often does, result in disciplinary action being taken against them.”

Meanwhile, CILEx Regulation chief executive Helen Whiteman is to leave the organisation next month to take on the same role at the Chartered Institute of Taxation. Recruitment for her successor will begin over the summer.

She said: “I am very lucky and immensely proud to have been a small part of CILEx’s story. Whoever follows me will inherit a hardworking, knowledgeable, committed and fun team, supported by a strong board.”

Sam Younger, CILEx Regulation’s chair, said: “Helen has been an exceptional leader at CILEx Regulation, overseeing the organisation’s growth and development during a time of rapid change in the legal sector.”