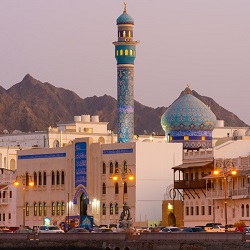 Oman: Couple’s appeal was sham from start to finish

The Court of Appeal has awarded indemnity costs against a couple who owe their former solicitors over £3m in outstanding legal fees and were committed to prison last year in their absence for contempt.

Describing their conduct as “reprehensible”, Lord Justice Coulson said the appeal by Iman Said Abdul Al-Rawas and her husband Thamer Al-Shanfari against their committal was “a sham from start to finish”.

Coulson LJ criticised the right of those convicted of contempt of court to appeal without requiring permission, agreeing with powerful criticism of the exception by Lord Justice Jackson in 2013 and quoting his phrase “repugnant to the administration of justice”.

Coulson LJ went on: “There can be no justification in requiring all criminals and civil litigants to seek permission to appeal, yet allowing contemnors the right to circumvent such a filter.”

The judge said the appellants had taken advantage of their automatic right of appeal “in order to prolong the proceedings and delay payment” of the sums due to their solicitors, linked firms Hassan Khan & Co and The Khan Partnership.

“What is more, they have done this whilst in open defiance of numerous court orders. The automatic right to appeal is a rare exception to the usual rule that an appellant requires the permission to bring an appeal.

“This court must police that right carefully and be swift to mark its disapproval if it considers that its procedures are being abused. Awarding indemnity costs is one mechanism by which that can be achieved.”

The Court of Appeal heard in Al-Rawas and another v Khan & Co and another [2022] EWCA Civ 671 that in April this year the appellants requested dismissal of their appeal.

This was granted by the Court of Appeal at a hearing originally fixed to deal with the law firms’ application for the appellants to pay an outstanding sum of £3.8m into court as a condition of being allowed to continue the appeal.

Coulson LJ said the appellants were husband and wife, resident in Oman. The law firms acted for them between 2006 and 2009 in “substantial” High Court litigation. When the couple failed to pay their bills, the law firms launched proceedings in 2013.

The appellants were ordered to pay the law firms over £1m by the High Court in March 2018 but nothing has been paid. Meanwhile the law firms have “continued to incur costs liabilities”, meaning that the couple’s total indebtedness, including interest, was in excess of £3m.

Mr Justice Morris found Ms Abdul al-Rawas and Mr Al-Shanfari guilty of 14 charges of contempt of court in September last year, including breaching a court order and making false statements in oral evidence and in statements of truth.

He sentenced Mr Al-Shanfari to 24 months imprisonment and Ms Abdul al-Rawas to 15 months.

Coulson LJ said they had not returned to the UK to “serve their sentences or to purge their contempt”, nor had they even apologised. Instead, they appealed, based on a 25-page unsigned document. They did not attend court or have representation.

The judge said he viewed the appeal as “a further attempt to disrupt, frustrate and protract proceedings and to avoid compliance with court orders and ultimately to evade payment of the judgment sums”, and if permission had been sought, he was “entirely confident” that it would not have been granted.

The judge said that “on a proper analysis of the matters put in issue in the grounds document, it can safely be concluded that the appeal was hopeless”.

There had been “no attempt by the appellants to grapple with the judge’s reasoning for his detailed conclusions”.

The appellants “never had any genuine intent” to advance the appeal in a legitimate fashion. “It was a sham from start to finish.”

Coulson LJ ordered the appellants to pay the law firms’ costs of the appeal, over £217,000, on the indemnity basis and pay 70% of that into court by way of a payment on account. Lord Justice Arnold and Lord Justice Phillips agreed.