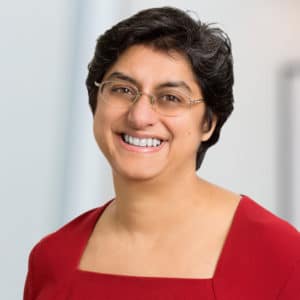 Waljee: not just about signposting

Constituents are increasingly seeking legal advice at MPs’ surgeries, with more than a third of legal problems involving housing and almost a quarter immigration, according to an assessment of unmet legal need in London.

The survey of MPs’ surgeries – often seen as a ‘last resort’ for those who cannot obtain legal help elsewhere – also revealed that more than a fifth of cases raised involved disability. It found one MP giving wrong legal advice.

The accompanying report, Mind the gap: an assessment of unmet legal need in London, among other things called for more funding for law centres and citizens advice bureaux, training for MPs and caseworkers on identifying legal issues, and the development of a database of free legal advice sources in London.

The report was carried out by the All-Party Parliamentary Group on Pro Bono and City law firm Hogan Lovells. More than a quarter of London’s 73 MPs – representing some 2m constituents – participated in the survey. Volunteers from the firm observed 325 appointments at surgeries and found that nine out of 10 related to legal issues.

The volunteers observed “incorrect” legal advice being given out, in one instance that autism is not a disability. The report pointed out: “Many people with autism would be considered disabled under the definition in the Equality Act 2010.”

The breakdown of the most common legal problems raised by constituents was housing (37%), immigration (23%) and welfare benefits (13%). Housing problems broke down further into allocation (45%), disrepair (20%), and homelessness (13%).

On welfare benefits, it found that “most MPs were unaware of available referral resources for representation in welfare benefits tribunals”. Subjects on which advice was sought included appeal hearings and sanctions.

The report observed that while family law had “sustained dramatic cuts” in legal aid, it was not a key issue at the surgeries. This could be because private family disputes did not involve government agencies or local authorities and was not thought a subject worth raising with MPs, it concluded.

Meanwhile, some MPs were beginning to “innovate”, such as using constituency funds to enhance their ability to deal with legal issues. However, the authors noted that the funds might be better “redirected to advice agencies already in the constituency”.

The report recommended better collaboration between lawyers, MPs and charities to help allocate resources and avoid duplication. Recognising the primacy of housing in problems raised with the London MPs, it advised “specific investment and focus on legal services in relation to housing advice”.

Solicitor Yasmin Waljee, Hogan Lovell’s international pro bono director, told Legal Futures that pro bono activity was not a substitute for legal aid and that she hoped MPs being exposed directly to the scale of legal need would encourage them to “join up the dots” to preserve “absolutely fundamental economic and social rights”.

She said that MPs across the political spectrum had become aware of rising legal need. “What was interesting more than anything is that it wasn’t party political; every single MP regardless of background and their caseworkers were finding the same problems.

She hoped they would “take the politics and the heat out of it and recognise the evidence that there are areas that need to be properly funded”.

She described the finding that 22% of all enquiries were from people with an issue of disability as “huge”, saying: “That is really significant.”

“Otherwise it is going to be inefficient; you are pushing people from pillar to post. Signposting people to services that are overworked anyway doesn’t help anyone.”