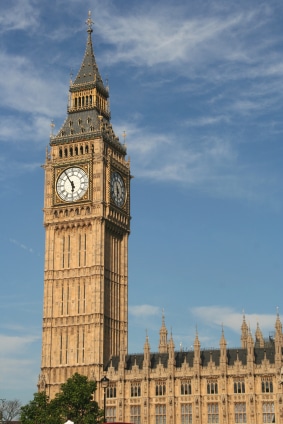 The government should introduce a compulsory scheme that uses extra interest law firms could earn by grouping client funds, to mitigate the impact of the LASPO reforms, a think tank has urged.

The idea was one of a large number of fundraising recommendations made in a draft consultation report by the Low Commission.

The group, chaired by crossbench peer Lord Colin Low, was invited last year by the Legal Action Group to develop a strategy “for the future provision of advice and legal support on social welfare law in England and Wales”.

The commission estimated that post-LASPO there was about £400m a year “available to fund advice and legal support services”, mainly from local authorities, the Money Advice Service, and what legal aid remains.

It calculated that at least a further £100m was necessary “in order to ensure a basic level of provision” and called on the government to provide half the extra funding by establishing a 10-year national advice and legal support fund of £50m a year, to be administered by the Big Lottery Fund.

The Ministry of Justice, the Cabinet Office and the DWP should finance the fund on the basis that policies originating in these departments had stoked demand for legal support.

Statutory, voluntary and commercial funders should deliver the remaining £50m, the commission proposed. Among these, a number of lawyer fund generating schemes could be set up, such as a compulsory interest on lawyers’ trust accounts (IOLTA) scheme for firms with profits above an agreed threshold, with the proceeds going to the legal profession’s charity, the Access to Justice Foundation (AJF).

The commission said IOLTA schemes – based on the extra interest that lawyers can achieve through grouping together funds they hold on behalf of
clients, thereby earning a higher interest rate than they would otherwise – were operating successfully in the US, Canada, and Australia.

Other lawyer-specific fundraising proposals included cash generated by costs awarded for pro bono cases, which the commission said amounted to around £100,000 in 2012, and unclaimed damages awarded as a result of collective actions in competition law.

Also, it argued that the Cabinet Office should agree an exemption for dormant funds held by solicitors for clients who could no longer be traced and for companies that have dissolved. The money should go to the AJF rather than to the Treasury, it argued.

The thrust of the commission’s strategy, which it said the next government should implement in 2015, was that the demand for social welfare legal representation should be reduced by early intervention and simplifying the legal system.

“We believe that by investing in a wider range of information and advice, with some legal help and representation, many of the undesirable consequences of the LASPO Act can be avoided and we will end up saving money,” it said.

It added: “We would like to see a more open and collaborative advice sector. There is considerable scope for local advice agencies to work more closely together and in some cases even to merge.

“Local authorities should co-produce or commission local advice and legal support plans in conjunction with local not-for-profit and commercial advice agencies; these plans should review the services available, including helplines and websites, whilst targeting face to face provision to ensure that it reaches the most vulnerable, and ensuring some resources are available for legal representation where it is most needed, to supplement the reduced scope of legal aid.”