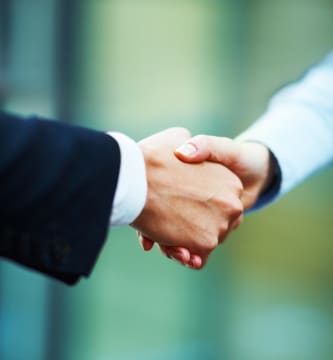 Meeting up: Networking still useful for many

The value of the business legal services market will grow strongly over the next couple of years, powered partly by Brexit, a report has predicted.

It also highlighted the importance of networking for commercial lawyers, with businesses large and small actively attending client seminars and other events.

Higher growth in 2019 would be “mainly due to an increase in Brexit-related work”.

Although most companies surveyed by IRN expected their demand for legal services to remain the same, almost a third of large businesses (29%) and 16% of small businesses anticipated a growth in demand.

Medium or large businesses were defined as those with a turnover of more than £5m, and small businesses had less than £5m. Ninety in each category were surveyed.

The report said that recent research had suggested that “SMEs in particular often feel disconnected from law firms and legal advisers and have better relationships with other professionals such as accountants”.

However, IRN said that 31% of large and 23% of small businesses attended client events run by law firms.

Small business users were more likely to meet their lawyers at external events, such as those run by the local chamber of commerce – 27%, compared to 20% for big firms.

A significant minority (15%) of small business users also relied on their commercial lawyer for help with personal matters. The same proportion described their lawyer as a “personal friend” whom they met socially.

Most small businesses (61%) said they had turned to external legal advisers less than five times in the past 18 months and 20% only once. A significant minority of large firms (16%) asked for external legal advice on specific issues more than 20 times.

Only a quarter (26%) of small businesses had in-house lawyers and almost two-thirds (63%) used only one law firm for their business needs, compared to 40% of big firms.

For small businesses, the main alternatives to lawyers for legal advice were industry bodies and trade associations (36%) and accountants, used by 34%.

The report warned that in the future law firms would have to become “more flexible and market-savvy” as the trend for investment in in-house teams grew.

“Many companies have realized that keeping their legal advice close and integrated into their businesses is effective for business planning and strategy as well as reducing costs of external legal advice.

“These new providers have taken more routine and straightforward legal work away from law firms, either doing the work for in-house counsel or supporting corporate teams as they take this work in-house.”

As they invested more in-house, the report predicted that major business clients would seek to unbundle legal services and buy in only those services that could be provided externally at lower cost.

“Lower down the market, client pressures to make fees transparent is likely to increase the tendency for SMEs to base their decision on what legal services to buy on price.

“In both cases, law firms will have to lower their prices or keep them in firm check and this will lead to a greater use of technology to lower costs, with possibly staff being moved from expensive office locations to cheaper locations.”