Survey: mid-sized firms spend on tech but don’t check whether it was worth the money 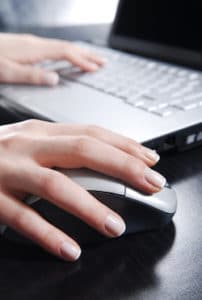 Mid-sized law firms are convinced that their IT spend is adding to profitability but three out of four make no effort to measure their return on investment (ROI), according to new research.

LexisNexis interviewed decision-makers at 91 law firms which had at least 10 fee-earners but income of less than £25m.

The resulting report, Is your tech smart? – dismantling tech challenges in mid-level law firms, found that while 87% of respondents had a general sense that tech contributed to profit growth “to some extent”, almost three quarters of them did not actually monitor ROI.

The report concluded: “This means decision-makers may have little idea of what to expect from the technology in which they’ve invested, or how it should be implemented most effectively.

“As with any business, failure to measure ROI will severely hamper law firms from validating and formulating technology investment strategies, and can impede professionals from implementing new systems effectively.”

More than a third admitted they did not know how much had been invested in technology by their firm.

The report said this was “revealing”, adding: “This suggests that law firm leaders may be investing reactively rather than implementing strategic technology solutions.”

In other findings, the survey found that more than two-thirds of firms had no client relationship management (CRM) system and more than a quarter had no practice management system.

Only a quarter of firms had increased their tech spend by up to 10% in the past three years.

Meanwhile, six out of 10 found implementing tech investments was “easy”.

A typical response was: “The young lawyers are embracing tech. They see the benefit of IT in terms of day-to-day practice. The challenge is to allow sufficient time to get to grips with it and embed it into their day-to-day working.”

Among those who found tech projects harder to implement, one managing director said: “We have got quite a few people that are older lawyers who find it difficult to adapt to new tech ideas, and that includes me.”

“Without a backbone of core systems like a good CRM, the benefits of further technology may be limited and it’s hard to see how firms can effectively market themselves.”

He added: “There is serious appetite for tech investment – but unless mid-sized law firms work to overcome internal barriers to adoption, they are going to struggle to deliver the full value of this.”