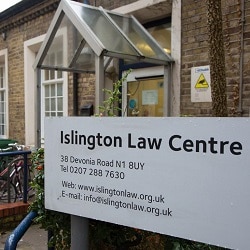 Not-for-profit legal advice providers are facing a £17.5m funding deficit in the next financial year, according to research by the Access to Justice Foundation.

It said use of “scarce reserves” to maintain services had put the sector in an “extremely precarious position”, where any loss of funding could have an “immediate and dramatic impact”.

The research was based on data from applications by over 170 advice agencies and law centres for funding from the Community Justice Fund (CJF), set up in May 2020 to support advice providers through the pandemic.

A representative sample of 19 organisations that received grants and took part in previous research for the CJF by business consultants Pragmatix, were interviewed again at the end of last year.

All but two predicted deficits in 2022/23, with the average deficit amounting to over 20% of annual expenditure.

However, the analysis found the overall size of the advice sector had “not shrunk significantly” in this financial year.

This was because of “prudent financial management”, helped by government grants and the furlough scheme, and “increased emergency funding” from the Ministry of Justice, National Lottery Community Fund and the CJF.

“Only five organisations had reserves in excess of three months. This puts the sector in an extremely precarious position, where any loss of funding (or even delay in funding) can have immediate and dramatic impact.”

Researchers calculated a deficit of more than £35m for the sector as a whole, some of which would be the result of “the normal ebb and flow of grant funding”, which would be mitigated as grants were secured over the next couple of months.

“However, if even 50% of the total deficit remains (and the likely figure is higher) this still reflects a sector funding gap of £17.5m – across a sector which, through lack of available cash reserves, has very little room for manoeuvre.”

“Data suggests that they would need extra funding of at least £370,000 each year to deal with that number of additional clients.”

Among the financial pressures facing advice agencies in the next financial year were local authority funding cuts, with some seeing grants reduced mid-year.

“Those agencies doing legal aid work, already struggling because of the payment rates and bureaucracy associated with the legal aid scheme, are seeing reduced case completion numbers due to court delays and backlogs.

“This situation is exacerbated by the fact that the cases clients present with are increasingly complex and often involve multiple issues.

“Many respondents report clients being in greater distress than ever before with staff close to exhaustion and burnout.”

Researchers added that respondents had made clear that, for most of them, the only way to manage funding shortfalls was through staff redundancies “and that means loss of frontline services”.