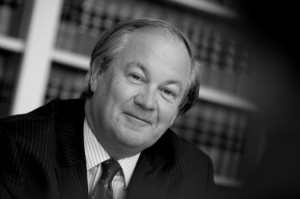 Browne: far too much had been expected of the tribunals secretary

There have been “systemic failures” in the administration of the Bar’s disciplinary tribunals dating back several years, a damning report has found.

The Council of the Inns of Court (COIC) disciplinary tribunals and hearings review group has issued 82 recommendations to establish a new COIC Tribunals Service that accords with modern professional regulation and with what “the public interest demands”.

The group also said the Bar Standards Board (BSB) is currently exercising functions beyond those it should properly hold as the prosecutor – holding adjudication panels, determining cases by consent and deciding whether to refer cases to a three or five-person panel – and that “the COIC Tribunals Service would be a more appropriate body to exercise these functions”.

Since March, Legal Futures has reported on three issues that have emerged around irregularities in appointments to tribunal panels that could cause problems with the validity of the tribunal. COIC runs the tribunals to keep them independent from the BSB.

But the group, chaired by former Bar Council chairman Desmond Browne QC, has identified a further six issues, including BSB prosecutors who were also sitting as tribunal members.

The biggest issue, in terms of number of tribunal members affected, was over the failure to reappoint them after their three-year terms expired, but the Visitors to the Inns of Court – the appeal body against tribunal decisions – recently ruled that this did not invalidate the decisions tribunals reached.

However, the possibility of challenges by barristers affected by other issues – such as tribunal members who were also on BSB or Bar Council committees – remains strong.

The report also revealed significant failures over appointments to the Tribunal Appointments Body (TAB), which is responsible for appointing tribunal members. The group said a “substantial cause of the extensive problems which have been revealed by its work has been the failure of TAB to comply with its terms of reference”.

Further there were administrative problems in the tribunals’ secretariat – including inadequate record keeping and absence of written procedures – and “failures of proper supervision on the part of those in the Inns responsible for disciplinary matters”. The report said that where rules and written procedures were available, they were often ignored.

It emerged that the tribunals secretary, the sole dedicated member of staff, works alone from a small one-room office in a set of chambers, and Mr Browne said “it rapidly became clear that far too much had been expected of the tribunals secretary, who had been neither adequately supervised nor supported”. Record-keeping was such that “the extraction of vital information was often very difficult, invariably time-consuming and sometimes quite impossible”.

The COIC Tribunals Service would cover both the disciplinary tribunals and also the Inns Conduct Committee. The recommendations aim to professionalise the way the system operates, including proper systems and procedures, transparency and accountability. It would have its own dedicated and custom-designed premises (tribunals are currently held at Quadrant Chambers on Fleet Street).

BSB chair Ruth Deech said: “The publication of the COIC tribunal review report is a vital step in assuring the public and the profession that the disciplinary arrangements for the Bar are open and transparent.

“The BSB will continue to work with COIC as it implements the recommendations contained in the report. The improvements brought about by full implementation of the recommendations will cement the creation of an independent and modern hearings service, operating fairly, transparently and efficiently in the public interest.”

A statement on the website of Gray’s Inn, whose under-treasurer, Brigadier Anthony Faith, currently runs COIC, said: “COIC is determined that with efficient administration and proper resources (including new dedicated accommodation), it will provide the service which the public interest demands and the Bar deserves.”