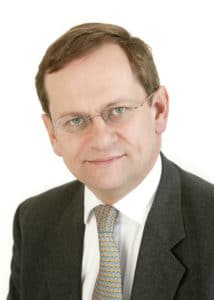 The recently ratified Paris Agreement on ending human-caused CO2 emissions offers “huge new opportunities” for law firms to assist with the transition to a zero-emissions economy, a report has claimed.

It said firms should consider “getting in on the ground floor” with advising companies producing electric vehicles – a potential high-growth area – but at the same time avoid “being dazzled… by ‘the next big thing’ in the zero-emissions space”.

Opportunities for law firms in an emission-free world by Jomati Consultants pulled together market analyses and industry sources to examine in detail the three sectors likely to play a “pivotal role” in delivering the Paris Agreement objectives: electricity production, the automotive market, and energy storage.

The drive to cut emissions would create new regulatory and compliance work for lawyers, particularly in CO2-intensive industries, Jomati predicted. It pointed out that electricity generation and transport together accounted for more than 70% of emissions in the US and almost 60% in the UK.

Focusing on possible market disruptions brought about by global decarbonisation, the report cautioned the area was “a huge and complex issue for law firms”. In order to exploit new advice niches, they would have to be bold in trying to “pick winners in order to obtain sustainable sources of new instructions”.

Jomati acknowledged that the US president-elect, Donald Trump, had pledged to withdraw from the Paris Agreement but calculated that even if the US – representing some 18% of the global total of CO2 emissions – did so, it would “probably survive” his election because enough states had already signed up.

Another reason was because zero-emissions technologies were “on the cusp of becoming commercially viable” compared to fossil fuel-based alternatives, the report said, adding: “Finance, as well as regulation, is now a key driver of emissions-free investment.”

Law firms seeking new instructions in the emissions-free sector should accept there was risk in connecting themselves with companies operating in a highly competitive markets, Jomati warned.

They should “therefore accept that they are, at least to some extent, in the business of “picking technology winners” – or, at least, trying to avoid losers.

“Firms may wish to draw on their due diligence expertise, and apply it to the sectors they are targeting”.

Equally, they should “be wary of being dazzled by the prospect of acting for ‘the next big thing’ in the zero-emissions space” and mindful that major early players in the industry had gone bust.

At the same time, firms should carefully weigh up the approach taken by existing clients to zero-emissions technologies compared to their competitors, while viewing it in the context of the jurisdiction in which they operated – which could be significant in terms of whether they were a “viable source of long-term instructions”.

When calculating their futures, law firms “should recognise the importance of China in the worldwide drive towards a zero-emissions future”, Jomati advised. Many of China’s largest companies were global leaders in various zero-emissions markets and were “expanding westwards”.

It continued: “Whether for offensive or defensive reasons, Western law firms should, therefore, closely monitor the evolving presence of China-based companies in [this] space.”

Among numerous potential opportunities for law firms to exploit, Jomati highlighted battery-powered electric vehicles (BEV), which although currently representing a tiny percentage of the almost 90m vehicles sold or registered globally, were widely forecast to expand rapidly. One report suggested BEV revenues could multiply more than five times to nearly $60bn (£48bn) by 2021.

BEVs might be a chance to “get in on the ground floor by acting for BEV enthusiast auto manufacturers”, the report said, adding: “Law firms may wish to explore BEV pioneers’ geographical expansion strategies in those Western locations in which both they, and also the BEV pioneers, commonly operate.”

Likewise and relatedly, although the emerging field of energy storage was currently dominated by pumped water storage – more than 85% of installed energy storage in the top 10 countries is based on hydropower – the lithium-ion battery storage industry was growing, presenting niche opportunities: “Some law firms may… prefer to target this ‘small but commonplace’ energy storage market segment, rather than the ‘rare but long-lasting’ hydro-based alternative.”

However, “the growing ties between battery and auto manufacturers, electricity utilities and grid operators” potentially raised conflict of interest issues for law firms involved in these sectors, the report warned.

The solar power and wind generating sectors were also growing rapidly and presented opportunities, it went on. But the market was “prone to inevitable growing pains” and law firms wishing to target the renewables electricity generating sector should be careful, it said.

That said, there might be an opening for firms unable to “secure a role in advising traditional utility companies” on renewables: “Independent generators or unconventional corporate consumers may offer an attractive source of alternative work”.

Jomati principal Tony Williams said: “Despite the recent election of Donald Trump as US president, it’s clear that the global drive towards a zero-emissions future is here to stay…

“In order to benefit from this market transformation, law firms need to become adept at spotting which zero-emissions technologies are likely to dominate any given sector [and] which states are likely to be the focal point of new investment.”