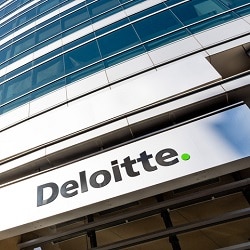 Large City and international firms outsourcing legal and non-legal functions to lower-cost centres elsewhere in the UK produces significant benefits for those areas, a report has found.

It urged the Welsh government – which commissioned the research – to promote Cardiff as a nearshoring centre for multidisciplinary legal and accountancy services, saying that Deloitte is already “actively considering” it.

Legal consultancy Jomati conducted the “rapid review” of the legal sector in Wales – it was completed in five months – in part to inform the work of the Commission on Justice in Wales, which is publishing its own report next week.

Jomati is headed by one-time Clifford Chance managing partner Tony Williams, who also sits on the board of the Solicitors Regulation Authority.

The report found that, while nearshoring has become a significant phenomenon – most notably in Belfast – Cardiff has missed out, with Lewis Silkin the only City firm with what the report called a nearshore service centre (SC) in the city.

Jomati found that SCs can have a positive impact on the local economy, by “both increasing the total number of roles available locally, and also by raising average wages paid for this type of work”.

It added: “Moreover, today, the legal operations side of law firm SCs has expanded beyond simply focusing on paralegal opportunities. Recently, some have begun to offer fully-fledged training contracts…

“Additionally, it is no longer uncommon for SCs to employ lawyers who have several years’ post qualification experience – up to and including department heads.”

SC office were also playing an important role in the emergence of novel, technology-assisted, legal jobs, the report continued.

“In other words, SCs are likely to play host to precisely the sort of roles that are less likely to be adversely affected by the much-hyped deployment of AI within the legal service sector.”

This also opened the door to local universities offering legaltech courses, leading to “a virtuous circle of legal sector employment in locations where SCs operate”.

The report explained: “Law firms are now actively hiring candidates to undertake legaltech-focused work and, at the same time, local universities are starting to supply suitably qualified graduates to fill these positions.

“In light of all of these observations, we therefore respectfully disagree with those commentators who have suggested that nearshore service centres operated by London-based law firms do not create the type of quality legal jobs that Wales would ideally want to attract. In fact, we take the opposite view.”

Jomati found that Cardiff had been considered by several firms as an SC location, and made it on to the final four SC shortlist of two of the world’s largest practices.

“Even more positively, having interviewed Wayne Harvey, the head of Deloitte’s NDC (nearshore delivery centre) in Cardiff, during our research for this report, we can confirm that Deloitte is actively considering using its Cardiff NDC to provide support for its growing global network of legal practices.”

Its analysis suggested that smaller UK legal markets only have limited capacity to sustain multiple SCs, and Belfast was on the brink of reaching “saturation point”, with several large firms choosing alternative locations in recent years.

Jomati concluded: “In the Welsh legal sector, the segment of the market that appears to have the highest (overall) growth potential are new-market entrants (NMEs) – particularly those NMEs that are establishing SCs…

“The experience of other legal nearshoring centres in the UK suggests that a location can sustain the establishment of several – typically at least three – SCs from the same sector, before the local market starts to be perceived as overheating.

“For that reason, the presence of Deloitte in the Cardiff legal SC market should be seen as a positive development, which might spark similar investments from rival MDP professional services firms.”

The report found that in recent years the Welsh government has invested more than £1.8m in schemes to help nine law firms boost employment. The ambition across these schemes was to create 299 jobs and safeguard a further 58.

“To date, it is our understanding that five of the nine firms indicated below have been paid in full for the jobs they created, three have received a pro-rata payment, and one has received no payment. Some of these funding support schemes still have months, or years, to run.”

“This suggests that the Welsh solicitors’ profession risks significant demographic pressures over the next few years.”

It identified concern among law firms that the push for a separate Welsh legal jurisdiction might adversely impact on their business, or their right to operate on a cross-border basis into England.

It suggested that the Welsh government should proactively “sell” its plan to the legal profession in Wales and “set out how it intends to ensure that lawyers, and also legal work, will continue to freely flow across the border between England and Wales”.

Jomati concluded: “Overall, our report offers a mixed picture of the legal profession in Wales. On the one hand, our research… suggests that some segments of the Welsh legal market appear exposed. This is for a number of reasons, including the reduction of legal aid, the closure of magistrates’ courts, and the sector’s high dependence on the cyclical conveyancing market.

“The relatively small size of many Welsh law firms, the aging demographics of the solicitor population, the lack of training contract opportunities, and the absence of a notable legaltech sector all add to the risks facing the Welsh legal market.

“On the other hand… a range of unconventional legal practices in Wales, such as Admiral Law, CJCH Solicitors, NewLaw and – potentially Deloitte – appear to tell a more positive story.”

There are around 3,500 practising solicitors in Wales – compared to nearly 140,000 in England – and around 390 law firms based in the principality. In all there are 592 law firm offices in Wales, including branches of English law firms.

Only around 300 barristers are registered as working in Wales – with nearly 16,000 in England – almost all of whom practise in either Cardiff or Swansea.

Jeremy Miles AM, counsel general and Brexit minister in the Welsh government, said: “Developing a vibrant legal sector is key to encouraging more of our home-grown talent to remain in Wales. Encouraging the location of legal service centres in Wales, recommended in the report, could help to achieve this.

“Officials in the economy department are already liaising with those in our London office and wider legal networks to identify key opportunities, and we will be bringing in specialist support to assist this process further.”

He said officials were “actively pursuing” a number of the other recommendations made by Jomati, such as pushing for more lawyer apprenticeships.