Report: globalisation set to step up 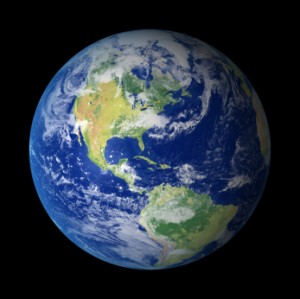 Global vision: many more firms than predicted will seek worldwide capability through a range of strategies

This decade will see the emergence of a new wave of global law firms, driven by the accelerated worldwide legal needs of the largest companies, new research has predicted.

The report from Legal Futures Associate Jomati finds that the recent financial crisis has not harmed global law firms, but instead reinforced the value of their model. Moreover, it says there will be many more global firms in the near future as client need for worldwide legal capability grows.

It suggest an increasing role for outsourcing as clients become more sophisticated.

The report, The Next Wave: Globalisation after the Crisis, says this new growth phase is highlighted by the first transatlantic merger of equals in the shape of Lovells and Hogan & Hartson – which could trigger more US firms to seek deals with UK counterparts with a “credible global presence” – and “the race to build major Asia-Pacific capability”, with the merger of Norton Rose with Australian firm Deacons and the recent establishment of Allen & Overy in Australia.

Jomati says that globalisation still has a way to go, despite the strides made in the 1990s and early 2000s, nor does this market belong to only a handful of firms. “Jomati predicts the global legal market will not be dominated by four of five ‘mega-firms’ as once believed, but rather by more than a dozen,” it said. “Alongside these will be a number of specialised global firms focused on particular practice areas such as IP or litigation; others may handle only commoditised work.”

Mergers of equals and major team hires are likely because of the high barriers to entry in some of the most developed markets, like the US, the report adds, suggesting that many firms that have so far held back on a full global strategy will now make the next step to follow their clients abroad, diversify their coverage and boost profits by offering a more valuable, multinational service. It also finds that global expansion drives profitability.

The report says that only 10 major UK and US firms had over 50% of their lawyers based abroad last year – this number is likely to increase rapidly in the years ahead.

Outsourcing could play a crucial role in all of this. “General counsel are going to be increasingly offered a wider choice of providers around the world with different prices and service levels from which to choose. As process management, familiarity with outsourcing and the unbundling of legal work becomes more common in the legal sector, those firms that appreciate the global dimension to providing different kinds of work at the right price may have a distinct advantage.

“When a client can demand from a law firm that due diligence on a billion-dollar deal is handled in South Africa, the document formation is done in India, additional contractual work is handled in Australia and just the boardroom-level advisory work is handled in London, New York and Beijing, the ‘global legal market’ has really come of age.”

Different growth strategies will be needed at different times, the report says – merger, alliance, ‘best friends’ and green-field strategies. “How this would work in practice may look something like this: a major US firm decides it must have large-scale and credible strength in London, Paris and Beijing and seeks merger with a top-50 UK firm to gain this. Next, in south-east Asia and Latin America it builds alliances, n part due to bar rules on practising local law.

“Meanwhile, in a small number of key European markets that are not covered by the UK merger, the US firm opts to build green-field sites through team hires and cherry picking. Finally, to act as a back-up for those rarer jurisdictions, the firm forms an unbranded and unpublicised network of ‘best friends’ law firms, many containing lawyers who either worked at the firm as junior lawyers in the past or at those firms they have know well for some time.”