Report calls for end to “macho culture” of chambers 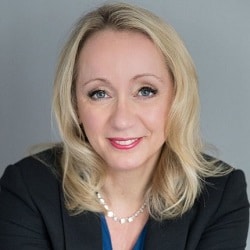 The “macho culture that can pervade chambers” must go if the Bar is to improve its gender balance, a report by a specialist discrimination law firm run by a QC has concluded.

It said gender disparity in the legal profession was not a surprise, but its extent at the Bar “still invites a level of wonder”.

It was founded by Suzanne McKie QC, a former chair of the Employment Lawyers Association who currently practises as a solicitor and co-authored the report with barrister Ruth Whittaker, senior paralegal at the firm.

The report said that the “slow progression” of women suggested that a gender balance among practising barristers would never be achieved.

“This is because fewer women tend to move from call to practice and have a higher attrition rate once in practice (with the proportion of women falling as seniority increases).

“It will take 30 plus years for the percentage of female practising barristers to rise to 44%.”

Along with providing loans to female barristers who go on maternity leave and changes to court timetabling to improve work-life balance, the report agreed with the Bar Standards Board’s Women at the Bar report that there needed to be a culture change.

“The cultural issue does not just apply to the issues of discrimination and harassment, but requires a shift from the macho culture that can pervade chambers and which can mean a demand for high fees being generated,” the report said.

This culture also encouraged “presenteeism”, favouritism and an intolerance for “the personal setbacks that can beset some of even the best practitioners at any time in their lives”.

The report said that, given the higher rates of attrition among female barristers, it would need a 60/40 split in favour of women being called to the Bar for a gender balance among practising barristers to be achieved.

“The difficulties at the criminal Bar are clear, but it is important to note that childcare arrangements, listing issues, and the pressure that judges put on barristers to produce disclosures and submissions overnight are difficulties experienced across all areas of law – with the exception of exclusively non-contentious practice.

“Ironically, the practice areas that appear to attract and better retain women are contentious.

“Yet it is the non-contentious areas that are likely to provide more flexibility and predictability for barristers with primary caring responsibilities, on account of the fact that they do not necessitate time in court.”

The report noted that there were now more female practising solicitors than male, and there would be 10,000 more by 2022 if current trends continued, yet there were still “more than twice the number of male partners”, despite the overall gender balance.

“Cited disadvantages experienced by female solicitors include gender biases in recruitment and promotion, the use of male-focussed activities to develop client relationships, and lack of flexible working.”

Ms McKie said the fact law firms were better at gender diversity than the independent Bar had “a good deal to do with greater support systems, team structures, enhanced ability to delegate and more senior female role models”.

She said the increase in female judges in the courts since 2014 was “good to see”, despite higher numbers of women in younger age groups and fewer in senior roles.

She said these percentages were “considerably less” than the 33% of female partners in law firms or 36% of female hospital consultants.

Ms McKie concluded that a “gendered culture” existed across all three professions.

“There has been some change for the good, but much more needs to be done. Young women seeing the poor progression of their gender will doubtless question whether it is a profession, firm or chambers they wish to join.

“What the Bar, the Big Four and many law firms still seem unable to do is adequately manage their organisations so as to make progression easier for women, attractive to women and welcome for all.”