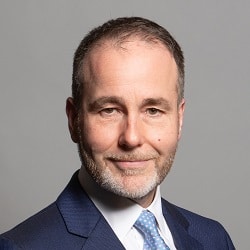 Pincher: Failure to disclose is unacceptable

The much-anticipated report from National Trading Standards (NTS) on estate agents charging referral fees has not recommended banning the practice, calling instead for mandatory disclosure.

The organisation’s estate and letting agency team said that, “if done ethically, transparently, and with no pressure to use the referred service, there is an argument in favour of allowing businesses to receive referral fees”.

While noting how important they are to some agents’ business models, the report said “there remains concern about the amount and proportion of some fees, and whether or not there is any direct value to consumers”.

Referral arrangements and fees remained “regularly concealed” by agents, NTS found, highligting examples of agents who have not passed on an offer to the seller because the potential buyer was not using the referred services, in favour of a buyer who was. “This practice is extremely difficult to detect.”

As well as making transparency of referral fees mandatory – as it already is for lawyers – the report recommended requiring agents to give customers a warning that they should consider shopping around for connected services, a public awareness programme to warn consumers about hidden referral fees, and more work to encourage compliance in the property sector.

Estate agents who continue to flout the requirements could be banned from the industry.

NTS issued guidance on referral fee disclosure in March 2019 at the request of the Ministry for Housing, Communities and Local Government.

In January 2019, then housing minister Heather Wheeler MP said: “I have provided National Trading Standards teams with extra funding, to support their efforts to ensure transparency, and I’ve asked them to report back to me in 12 months.

As part of the research into compliance with the guidance, a survey of 675 members of The Property Ombudsman found that 57% had referred customers to external companies, 23% to both internal and external providers, 3% to internal providers only. Just 17% said they did make referrals at all.

Four in five (81%) of those who made a referral received a fee for it, and just under half ducked out thereafter, taking no active part in the process. Some 52% continued to liaise with the businesses and act as a conduit between them and the consumer.

The majority of respondents who received fees told clients in writing, after an initial conversation at which only 12% would disclose their existence. Fewer than one in five (18%) of agents detailed their referral fees on their websites.

“Given the current guidance published advises that disclosure must happen at the earliest opportunity, there may be some work required to push disclosure forward and earlier in the consumer-agent relationship,” the report said.

James Munro, senior manager of NTS’s estate and letting agency team, said: “Mandatory disclosure of referral fees would ensure there is full transparency around this practice, helping to build consumer confidence in the estate agency industry and demonstrating the duty of care agents should have to both parties in a property sale.”

Housing minister Christopher Pincher said failing to disclose referral fees was “unacceptable”, adding: “I welcome the National Trading Standards’ work to raise consumer awareness of referral fees and will carefully consider the recommendations of their report. I have asked National Trading Standards to continue to monitor the situation to help inform if further steps need to be taken.”

NTS is developing further industry guidance as well as the public awareness campaign, which will encourage consumers to report experiences of non-disclosure to their local Trading Standards – it found only six cases nationally had been reported.

Mark Hayward, chief executive of estate agents representative body NAEA Propertymark, said: “Given that agents were facing a complete ban of referral fees, we would strongly advise that anyone who isn’t currently displaying their fees should start now, regardless of when the new laws will come into force. ”

The report said that, although a ban has been discussed by the various professional bodies involved, “it is recognised that such a measure may force an already largely hidden issue ‘underground’”.

It did not consider what it described as “many of the wider behavioural issues relating to referred services”, such as the impact on shopping around and prices – which could lead to agency fees rising but the price of connected services falling.