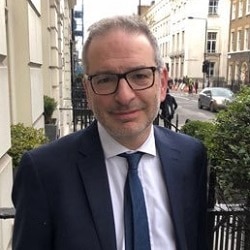 An “effective system” is needed for monitoring the quality of criminal defence lawyers, a report by charity Transform Justice has found.

The report singled out “poor remuneration” as the biggest barrier to improved quality and complained of “perverse financial incentives”.

It said lack of trust in lawyers was “fuelled by the difficulties defendants face in checking out lawyers and complaining about them”, and the fact that few defendants complained.

“Somehow we need to find an effective system for monitoring the quality of legal advice and advocacy, so defendants can be better protected from the few terrible lawyers and so we can get a better idea of just how variable practice is.

“The quality of legally aided defence barristers is not monitored at all, beyond whether solicitors choose to use them again, and the performance of solicitors’ firms is assessed based on a handful of paper files.

“This is very hands off compared to health professionals. Unfortunately, the regulators and the Legal Aid Agency (LAA) are viewed with distrust by lawyers, so any increase in monitoring is regarded with suspicion.”

The charity said these organisations needed to create a new, more collaborative relationship, “where they are seen as the advocates of lawyers, not their adversaries”.

The report, Criminal defence in an age of austerity: Zealous advocate or cog in a machine?, was based on a literature review, interviews with seven criminal defence lawyers, three focus groups with a total of 21 people and an online survey of 56 magistrates.

It found that neither regulator nor lawyer got enough feedback from defence clients and because “hardly anyone” complained it appeared that the problems highlighted in the research were “local/anecdotal”.

The report described the abandoned Quality Assurance Scheme for Advocates (QASA) as “extremely unpopular” with judges and lawyers, who felt it might undermine their independence.

“Lawyer opposition killed QASA and no one has dared to put any new way of assessing the quality of advocacy on the table. The regulators of barristers and solicitors have agreed to take different approaches and are still mulling their role in monitoring quality.”

The report said there were “no prospects” of a change in “the (lack of) complaining culture”, with most defendants in the focus groups saying they didn’t know how or could not see the point.

We reported last month that the Legal Services Board was to review continuing competence and revisit the possibility of formal periodic reaccreditation for lawyers, relying partly on its experience of QASA.

On pay, the report said pay cuts for legal aid criminal defence lawyers had reduced morale and led to a lack of trust between lawyers and government.

“The way fees are paid disincentivises lawyers from giving the best advice, spending the requisite time, and from doing some kinds of work. The old model whereby higher and lower fees would ‘even out’ no longer works when all fees are too low.

“Good lawyers are hampered in defending their clients by the system – the unrelenting pressure to get clients to plead early, to speed through cases without sufficient preparation and to engage with often vulnerable clients via video-links.

“Lawyers who want to do a good job for their clients face a constant battle to do so.”

The report said some junior barristers were paid less per hour than the living wage, earned low fees for magistrates’ and youth court work and had to pay chambers’ fees and all their own expenses, leaving them with “no stability of income”.

The report described the fixed fee for police station work, which varied from £131.40 in Hartlepool to £274.66 in Heathrow as “both too low and too fixed”.

It said this approach created a “financial incentive for the most experienced lawyers to do the least complex police station cases because they tend to be quickest”, for and for work “to be delegated to representatives (not lawyers) who may lack the experience to deal with complex cases and who may work freelance for an unregulated company”.

There were also “perverse financial incentives” for lawyers to influence where their clients pleaded guilty.

“If a defendant pleads not guilty to an offence which will be tried in the Crown Court, then changes their plea to guilty after the start of the trial, the solicitors’ firm will get a much higher fee than if the defendant pleaded guilty at an early stage.

“But the defendant will get an increased sentence because they did not plead not guilty earlier in the process.”

In the report’s afterword, Jonathan Black, president of the London Criminal Courts Solicitors Association, argued that the Ministry of Justice told itself that while firms were still prepared to conduct criminal defence work, there was no issue – the auditing process coupled with peer reviews could weed out poor quality.

“In reality, the oppressive regime imposed by the Legal Aid Agency does not assess quality by outcomes or caseloads but by the ability to jump through compliance hoops. Firms choosing to focus on outcomes and genuine client retention are penalised.”

He concluded: “The current criminal legal aid contract is becoming unfeasible for firms who pride themselves on high-quality provision, leading to the rise of the Ministry of Justice’s own Frankenstein’s monster – firms which put profit before those they represent.

“It is only when the Ministry of Justice accepts this that legally aided clients will get the robust defence that they deserve.”