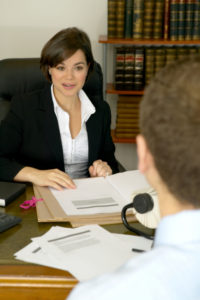 Alternative business structures (ABS) make up just 4% of all solicitors’ firms but contributed 11% of the profession’s turnover, research has revealed.

The Law Society’s annual statistical report, which surveyed the year to 31 July 2015, found ABSs were spread broadly across the different turnover bands, with around 50 of them having turnover of over £10m.

It said altogether there were 392 ABSs open at the end of July 2015, but 359 of them were ‘active’ under the report’s definition that the firm was the main practising address of at least one practising certificate holder.

Meanwhile, the report also found that 60% more solicitors were working in the City of London than a decade earlier – 27,009 as against 16,855 in 2005. Over two-fifths of all practising solicitors were based in London, just over half of them in the City.

Presenting a snapshot of a changing profession, the report showed a growing role for women among the total 168,226 solicitors on the roll at the end of July 2015, 133,367 of them in possession of a current practising certificate. Some 48.8% of practising solicitors were women, compared to 40.5% a decade before.

The shift in gender balance is set only to continue – 61% of admissions were women and they dominate those under 35 and those with less than 10 years’ PQE.

However, they continued to be under-represented in the higher reaches of the profession, with just 12% of women in private practice having reached partner status, far behind male solicitors.

Outside of private practice, women held a small majority (52.7%) of jobs in commerce and industry. They continued to show strongly in the local government sector, holding just under seven out of 10 posts.

Some 15.5% of practising solicitors were from black, Asian and ethnic minority (BAME) backgrounds, significantly higher than the proportion in the wider population, and women outnumbered men in all ethnic groups – almost three-quarters of all African-Caribbean solicitors are women.

Future statistics about the BAME population within the profession are likely to be harder to come by. No ethnic data was recorded for 45% of solicitors admitted in 2014-15, reflecting the shift to online self-registration by new solicitors.

While the structure of the profession is changing, and almost half (47%) of firms in domestic private practice were either limited companies or LLPs, partnership remained the dominant structure. Elsewhere in practice, the number of organisations outside private practice employing solicitors increased, mainly in the commerce and industry sector, by 5% compared with 2014.

Though the number of new admissions to the roll fell for the second year running, the number of trainees starting training contracts jumped 9% to 5,457.