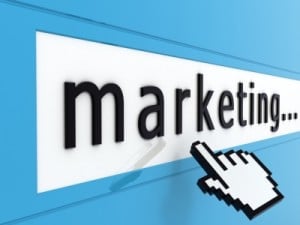 Online marketing: still a small work generator for most firms

The importance of law firms marketing to their existing client base has come through strongly from major new Law Society research that shows repeat clients are by far solicitors’ biggest source of work.

The web is still only delivering a relatively small number of new clients – nearly half of firms polled found less than 10% of them that way. Firms were more likely to source new clients in other ways, such as telephone enquiries and people walking in off the street.

The survey found that nearly two-thirds of firms engaged in media advertising, with the Internet (54%) and local newspapers (30%) being most common. Firms with a lower proportion of repeat clients made more use of advertising channels.

The survey – commissioned from independent market research agency TNS-BMRB by the Law Society in collaboration with the Ministry of Justice and Legal Services Board (LSB) – is part of a longer-term project to assess the effects on firms of the regulatory, economic and legal aid changes occurring in the legal sector.

These early findings were revealed yesterday in the final version of the LSB’s baseline report on the market impact of the Legal Services Act 2007, which has been updated since the interim study published in April following comments and the availability of new data. The full survey, which will include details of how many firms were surveyed, should be released by the end of the year. It is likely to be a substantial number.

The survey revealed that turnover over the last three years had remained the same for 27% of respondents, increased for 32% and decreased for 42%. For firms reporting more than a 10% increase in turnover, just over half had invested in new technology (54%) and increased the number of permanent fee-earning staff (51%) – although 10% said they had reduced the number of fee-earners. Four in ten of these firms had increased fee levels, a third had changed the breadth of their practice, and a quarter had changed their method of charging. Just 7% had merged.

The survey also found that while 87% of firms outsourced one or more activities – particularly IT support (44%) and accounts and finance (35%) – only 13% made use of legal process outsourcing.

It also revealed that 21% of respondents reported problems with finance, such as availability of finance and obtaining investment.