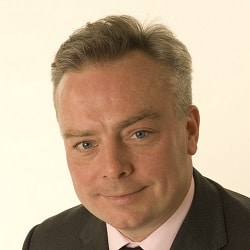 Roberts: Keeping up momentum is key

Remote communication during the pandemic has sped up law firm mergers, according to the chairman of the Association of Law Firm Merger Advisers.

Andrew Roberts, director of Ampersand Legal, said “what could have been a real hindrance has become an asset, and I don’t see it changing”.

Mr Roberts, who advised on this month’s upcoming merger between Harrison Clark Rickerbys (HCR) and Hewitsons, said the talks were completed in “exactly six months”, compared to the often quoted timescale of up to a year, and with “relatively few face-to-face meetings”.

He went on: “With the firms headquartered in Worcester and Cambridge, the ability of the managing partners to quickly Zoom with each other, and the wider partner teams to all get together at various points on Zoom made a huge difference.”

Mr Roberts said that this week a London law firm client he was advising had held Zoom meetings with three potential target firms.

Before the pandemic, merger negotiations might involve “a dozen meetings” with partners trying to reconcile their various diaries.

“Where there are delays, people lose interest and you lose momentum. You need to keep up the momentum and people need to commit to the process.”

Larger mergers, such as between HCR and Hewitsons, could have involved around 30 partners meeting in a hired hotel room. Instead, the meeting took place on Zoom.

Another merger he advised on this year was between Glaisyers, based in Manchester, and London firm Laytons.

He said the initial pause in activity triggered by the first lockdown had given law firms the chance to “step back and decide on a strategy”.

He went on: “The options are actually very simple, they will either be the predator or the prey − there are very few firms who just want to do nothing. We are seeing that firms now know what they want to do and are motivated to do it.”

The shock impact of the crisis also had the effect of “focusing people’s minds on whether they ought to be bigger”.

Instead of “toddling along and doing OK”, partners realised that firms “can be quite fragile” and might be safer “in a bigger platform”.

Mr Roberts said most law firms have “had a good Covid financially” and the pandemic had forced them to cut unnecessary costs, leaving them with increased cashflow to invest.

“Ampersand is currently retained by three firms, all of whom have come out of the pandemic in this situation and who might not have been so positive otherwise.”

Mr Roberts said further advantages of remote working were removing lawyers from the “chatter” of the office and allowing them to discuss mergers in the evenings and at weekends.

However, he said the way merger negotiations took place was a matter for firms.

He said he had advised on two mergers due to complete next month. In one of them, involving two London firms, the conversation started on Zoom and the principals only met once face-to-face before exchange of contracts.

In the other merger negotiations, involving two small firms in the South West, all the meetings were held face-to-face.

West of England-based HCR announced last week that the merger with Hewitsons – which would add new locations in Northampton and Milton Keynes to its existing network of nine offices – should be completed by the end of the month.

Managing partner Rod Thomas said: “As with all our previous mergers, this one is about growing the breadth and depth of legal advice we can provide to our clients.”

Colin Jones, managing partner of Hewitsons, added that the merger would provide with “a platform stretching from East to West and our clients will benefit from the full range of legal specialisms provided by the combined firm’s full-service legal advice capability, and strong regional network”.

The merged firm will have a turnover of £65m and 780 people, around 230 of whom will be joining from Hewitsons.

In separate merger news, Berkshire firm Clifton Ingram has acquired Surrey firm Bells as it steps up plans to hit revenues of £10m within three years.

Bells, which has 24 staff in Farnham, is one of the country’s oldest law firms, tracing its history back to 1768. The combined business will have a total headcount of around 100.

“We plan to grow the Farnham teams and greatly strengthen the firm’s client offering, particularly with regard to family and commercial work.”