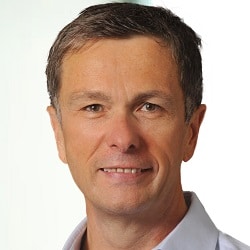 A particularly unwelcome issue for judges hearing cases remotely is that some of the most disturbing elements of serious family cases are being heard at home, a High Court judge reported last week.

Speaking at the online Resolution conference on the future of family law, Mr Justice Francis underlined a number of issues arising from Covid-19, one of which was that keeping the content of family cases separate from home lives was a wellbeing issue that needed consideration.

In a session on the future delivery of family law, Francis J said: “I’m dealing with the rape and murder of children and I don’t find it very nice having it in my front room or in my bedroom or wherever it may be.”

He said it was “a real wellbeing thing we need to be thinking about”; as the family liaison judge for Wales, district judges had raised the issue with him.

However, he also said some aspects of remote hearings should continue after the pandemic was over, such as more procedural matters including initial appointments, directions hearings and case management hearings.

Technological advances also offered benefits . He observed that e-bundles had become standard for young barristers and said it was vital that judges learned to view digital documents in court efficiently, commenting “there’s been a lot to learn quickly”.

He added: “I can’t conceive that [in future] I would say on the first appointment ‘get people to travel all over the country for a one-hour hearing’.

“As far as I’m concerned, I will now expect to deal with those remotely even if I’m sitting in my court in London.”

Maintenance pending suits (MPS) were “eminently suited” to remote hearings as long as both party was represented, because they were based on submissions only, as were directions hearings.

Parties situated in far-flung places would no doubt appreciate the chance of a remote hearing. He joked that one of the best ways to settle a case was to say to the parties: ‘‘I’ll see you in Aberystwyth at 9 o’clock on Monday morning’.”

He added that use of experts was likely to change in future. In Wales especially, very often the experts were from elsewhere in Britain and online hearings could become the norm.

If done online, “the saving is absolutely immense and I don’t think there’s any difficulty at all taking evidence from an expert in the kind of environment that we are doing now”.

However, the judge continued, there were some cases that needed to continue being heard in person. “I wouldn’t want to take someone’s children away from them or into care,” he said.

“I think that is a very different thing altogether… I think it would be very hard to say to someone online ‘I’m going to remove your children’.”

A solicitor and a barrister participating in the session, respectively Laura Guillon, an associate at Hall Brown Law, and Harry Campbell of 29 Bedford Row, both agreed that procedural hearings should be done remotely in future but that remote hearings were not right for every family law situation.

Settlement rates were down at her firm, which she thought was partly due to the greater stress caused by general Covid-19 uncertainty, meaning that parties were less willing to make a decision themselves.

But there was also something missing with remote hearings, where not having to explain the decision to refuse a settlement to the judge in person meant they were less likely to do so.

She said: “It carries more weight when you are physically in the courtroom. Court proceedings seem much more real and it gives them the kind of gravitas that is perhaps lacking in some of the remote situations.”

Mr Campbell concurred that remote hearings did not “feel as real or as serious” and that calling into a hearing remotely “doesn’t have the same solemnity” as a physical court room.

Both lawyers agreed that a ‘hybrid solution’ was to have lawyers in the same room as their clients during remote hearings.

Mr Campbell said: “That is far closer to the kind of seriousness of being in court rather than people sitting [alone] in their bedroom or study or wherever.”

They also agreed that remote hearings carried disadvantages for their practices. Mr Campbell worried that it was harder to give difficult advice at distance to vulnerable clients that he had not met until the day of the hearing.

“I am not persuaded that we can offer the same kind of level of human service that we would have done beforehand, when we were there in person.”

Ms Guillon said that dealing with clients remotely meant she had had to give more of her time and that “you have to be careful as a solicitor that you don’t burn out and [make] sure you are okay yourself, because if you burn out you are not going to be able to offer any kind of support to your clients”.

Francis J reported that, by the end of the summer, he had become “more tired by this job than I have been at any point in the four years I’ve been doing it”, not least because he didn’t have the relief of being able to spend downtime with colleagues during the day.

“Although you don’t have to travel and all that, you haven’t got the fun of walking down the corridor and having a chat with someone, or having a coffee [with them], or being able to get out and do something else, [like] going to the gym.

In the opening session of the conference [1], Sir Andrew McFarlane, the president of the Family Division, said that some family courts had adapted so well to remote working that they no longer had a backlog of cases.